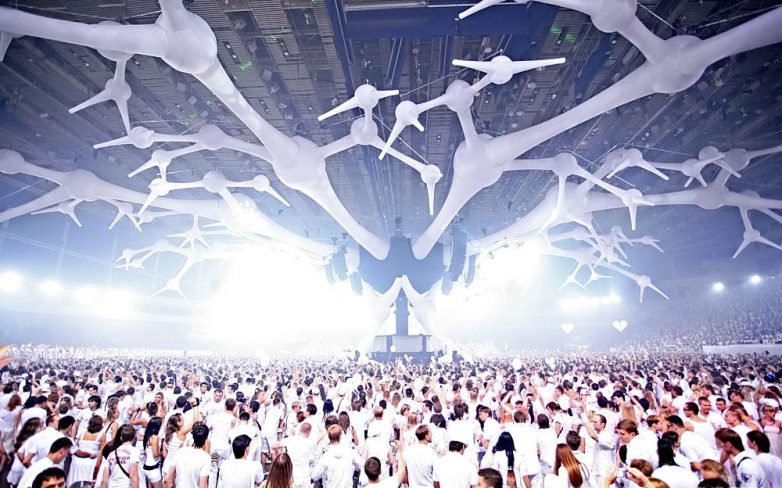 After Hiatus, World Famous ‘Sensation’ Returns To Amsterdam In 2020

Nomen est omen! After 2 years break, ID&T indoor flagship, SENSATION is back in Amsterdam! They will bring a brand new show to the Johan Cruijff ArenA called `Beyond Sensation 2020.’

Inspired by the most groundbreaking dance concepts of the organization, ID&T is taking it to the next level. It will be a premium dance experience that focuses even more on live entertainment, show and spectacular production.

Sensation was established in 2000 by ID&T founder Duncan Stutterheim. The first edition of Sensation White took place in 2001, in which everyone came to the party dressed in white. After that, Sensation Amsterdam sold out every year with more than 40.000 visitors. The unique shows and collaborations with world-famous artists such as Tiësto, Martin Garrix, Armin van Buuren and Swedish House Mafia made the event a major international success. Sensation celebrated successes in dozens of countries across five continents and was therefore entitled “The World’s Leading Dance Event”.

ID&T is a Dutch entertainment and medium enterprise that was founded in the early 1990s. ID&T stands for the initials of three founders of the company, Irfan van Ewijk, Duncan Stutterheim, and Theo Lelie, all residents of Amsterdam. All three were experienced in organizing house, techno and trance parties when they created ID&T, and their goal is to organize the largest events in the Netherlands and the European electronic dance music scene.  In 2013, the American conglomerate SFX Entertainment acquired a 75% majority stake in ID&T.

Beyond Sensation marks the start of a new chapter for ID&T and will be the prologue of something even bigger. On the 4th of July, the creators of Sensation will give a preview of how they envision the future of live entertainment.

Organizer Eric Keijer said: “When we started the Sensation adventure in 2000, we had no idea it would become that big. In 2017 we stopped at our peak because we felt it was time for something new. With Beyond Sensation we’re going to take the first step in that direction.” Pre-register here.

Hotel packages are available from December 16th. Official Sale starts in February. More information and details about the event can be found at Sensation.

Hi, I am Daniel from the heart of Europe, Austria ! In Love with all Genres of EDM, and an absolute Freak when it comes to Festivals ! See u on the Dance Floor ;)