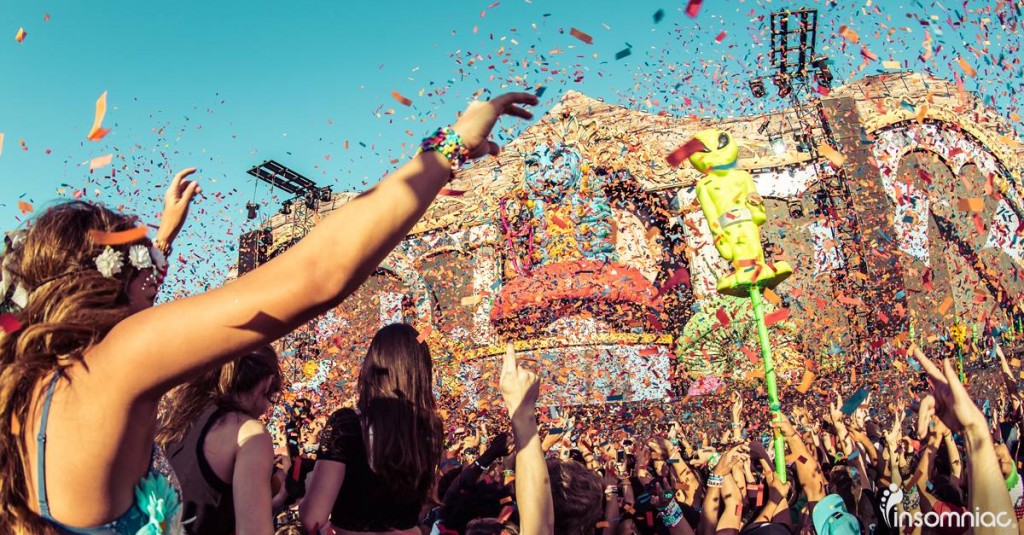 Beyond Wonderland amazed us once again as we entered the Shoreline Amphitheater. Heads turned to every tree decorated with countless glowing balloons, along with scents of garlic fries, BBQ, and even ice cream drifting from the countless amazing food trucks and booths. The smoking caterpillar made his main stage return in front of one of the biggest and brightest LED wall’s we’ve seen, joined by a massive looking glass which gave a glimpse into the crowd throughout the day.

Highlights of the night ranged from HARD’s / Insomniac Records Destructo dropping his track “Technology” from a DJ booth loaded with pineapples to Mat Zo’s main stage madness where he dropped a version of Tiesto’s “Adagio for Strings” and our favorite remix of “Selfie” by Botnek. By the end of Mat’s set, the sun was down and Wonderland came alive as stages lit up, everything seemed to glow as lasers and lights turned on and countless theatrical performers roamed the grounds. Krewella took the stage delivering yet another high energy performance as the girls raged harder than most fans in the crowd, dropping favorites such as “Live For the Night,” “Ring of Fire,” and ended with everyone singing along to “Alive.”

Above & Beyond closed out the night to a full house, bringing everyone together as they spoke to us though the massive on-stage LED screens. Every track was legendary as they went through the classics like “Sticky Fingers” and “Believe” before going into Mat Zo’s remix of “Break The Funky Beats.” As the night came close to an end, Heisenburg appeared on the screen joined by a short story of a simple chemistry teacher named “Walter White.”

A huge thanks to Insomniac for putting on this amazing production as we head out to Day 2 featuring Kaskade’s return to the Bay Area, a place he hold’s very close to his heart.