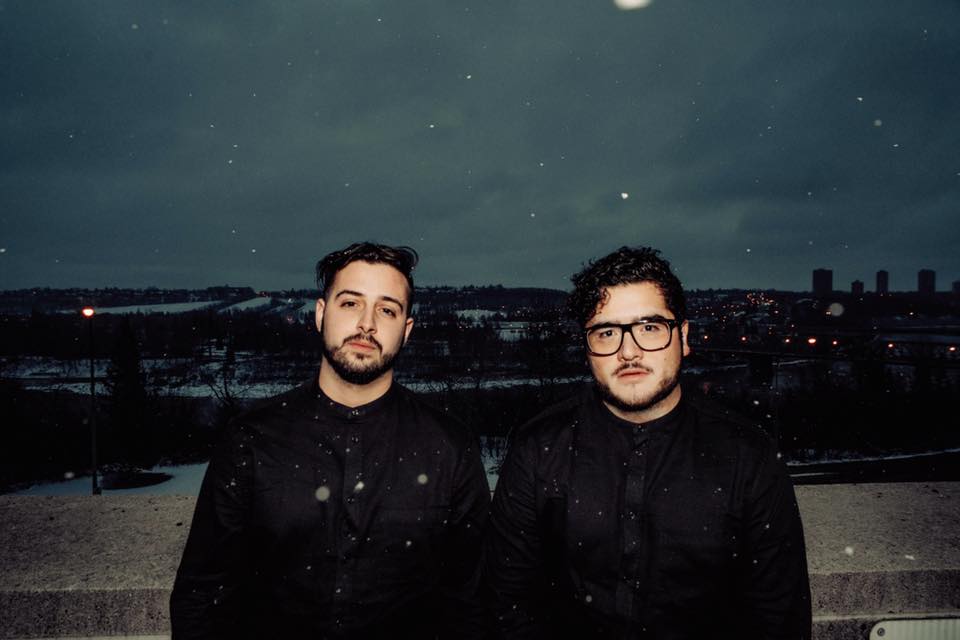 Boombox Cartel‘s vast catalog of mixes and blended melodies seem to weave its way through the sets of some of the biggest names in EDM. For years, the duo, consisting of longtime friends Jorge and Americo, has been on a steady incline to success, as their talent and ability to connect with other artists has rocketed them to the center of an ever-growing spotlight. Americo and I chatted after his performance at Shaky Beats in Atlanta to talk about the success of the pair’s newest EP, Cartel, and the steps that brought them to the forefront of their musical success.

We’re all happy to see you on so many festival lineups list this year. Ultra was a special moment for you guys, and “Jefe” was the number one rinsed track for the whole festival! How did that make you feel?

Amazing. Everyone played it before me, every one decided to play it and jam to it, and by the time I played it, everyone I’ve heard it 1000 times. But that’s awesome. I’m really supportive of everyone playing our record, especially “Jefe”, because it’s pretty special for us. The whole EP we just put out, it’s a body of work. And we’ve had it in the works for a couple of years. So we were super excited to finally release it.

We were all super excited when ‘Cartel’ finally dropped. You guys went kind of cryptic on the Internet right before hand though..

Well, Jorge’s situation with the government and with his visa was hectic, so we were kind of bummed out. People weren’t understanding what we were doing as far as our work, so it was a time for us to regroup and put all of this effort into our tracks. So we regrouped, shut down our social media because we were tired of seeing the negativity, and went straight to the studio and expressed our feelings into the ‘Cartel’ EP. That’s why this EP mean so much to us.

Each track on ‘Cartel’ sounds so different, but when you play them together and it turns into a story. What was your inspiration for that?

Well we’ve always wanted to tell a story of being the odd kids in the industry. You know, two Mexican kids making EDM music, it’s not usual. So we tried to express our journey. And we brought in our inspirations– our Mexican influences and our melodic stuff– and made a puddle of everything that inspires us and it turned into a story. “Phoenix”, the first track on the EP is that uplifting vibe. If I could use one word to describe it, it’d be success. And then “Jefe” is the party after crossing the finish line and reaching that success. It’s a roller coaster of emotion. I’m glad you say that though, because that’s exactly what we were going for. We wanted a story.

Did you spend a lot of time in Mexico producing ‘Cartel’?

Well Jorge is in Mexico. Whenever we play shows outside of the US he accompanies me, and whenever I’m not in LA or doing shows I’m down in Mexico with him. Jorge works on demos, I work on demos, and then we sent stuff back-and-forth to each other

Is it hard making music that way?

Super hard. Thanks to Splice, Dropbox, FaceTime, etc., we were able to glue our ideas together. And whenever I have a chance to go down there I’m in Mexico with Jorge in the studio. And LA is a huge hub for music so I really like being there because I get to meet up with other artists, record vocalists, all that. So we have one foot in LA and one in Mexico, and that’s our workflow at the moment.

You guys collaborate a lot with some great artists! What does it feel like to be in the studio with so many different producers/singers?

Yeah we like working with other people! Getting to know their workflow, how they listen to the melodies, the vibes they bring to the music. It’s fun.

It seems like you’re able to find the perfect balances in your collaborations, especially when it comes to vocalists. Shoffy was a great addition to “Alamo”, how’d you end up linking with him?

We discovered him through our management. Our manager works with Shoffy. We tried a bunch of people for the track to see how it fit, and then we heard his voice and it’s so full of emotion. We were like, “This is it”, did 3 sessions with him and knocked out the record. We’re definitely working on more stuff with him, and “Alamo” turned out to be a great record. We’re really happy with it.

So, who is your dream collaboration at the moment?

Honestly, Travis Scott. I have beats specifically made for him. He’s one of my favorite rappers, from the studio to the stage. And I’m a huge fan of his team as well, Kanye, Mike Dean. He’s definitely a pioneer. I’m super into Madeintyo right now, 24hrs, SuperDuperKyle. There’s a solid new wave of hip hop right now, Internet hip-hop. You know, 16-year-old kids with a laptop getting thousands of plays. It’s crazy to see that happening. I’m a huge fan of it.

So hip hop is a big influence for you too?

Yes! East Atlanta Santa. It’s good music. And especially in the south. I mean, MIGOS? The new Beatles, am I right?

I support it! Atlanta’s happy to have you.  And you’re playing Middlelands too this weekend. Is it hard coming up with new material for your sets when you play so many shows?

Digging for new music that we like and making edits of those, it can be hard. A lot of stuff can be repetitive, and we’re not gonna throw it in our set if it’s wack, so we take a lot of time to figure out what sounds good together, and we play a lot of IDs. We wanna go to the studio and make unique sounds instead of cookie cutter stuff.

And you play a ton of epic throwbacks as well, salute to Gasolina x Daddy Yankee today!

Oh always! Cinco De Mayo, gotta represent. We don’t celebrate it much in Mexico, but white people wanna celebrate, so hey, we will too!

So were you born in Mexico?

I was born in Laredo, Texas, and moved to Mexico when I was 12. I went to college there for a little and that’s where I met Jorge. He was djing top 40 clubs at 15, killing it. And I was in garage bands, as a drummer. And then I became a sound design geek and got into analog, modular stuff. But Jorge and I met in Mexico. He taught me how to dj, I taught him how to produce. So we both learned from each other. I decided to go to music school in Minneapolis, and I told Jorge to come too. We made records together and the username Boombox Cartel was available on SoundCloud. Our drunk friends were like “you guys are Mexican, and you make music! Boombox Cartel. DONE”. So we put a record up, an old bootleg, and a snowball effect started. We started getting offers for shows, and we had to choose between a Thursday headlining show or your Friday morning mix class. Long story short we got kicked out of music school for doing music.

I know! Our lease was almost up in Minneapolis too, so we just decided to move, and we flew out to LA. Because we made music our full time gig, it was time for Jorge to apply for his work visa instead of a student one, so he went down to Mexico to apply for his artist visa, and that’s what we’re currently battling.

But y’all still play together outside of the US right? I saw you played in Australia not too long ago.

Yeah! We were just in Canada a few weeks ago. Japan, New Zealand, and we have more not shows lined up. Europe is the next big run for this summer!

That’s so exciting! All your fans, were all here rooting for you guys! And rooting for Jorge! We hope to see you two together in the states soon.

Yeah! We’ll get him out here soon promise!