Yesterday, Goldenvoice announced the lineup for the 20th anniversary of the Coachella Valley Music and Arts Festival.

This year’s edition will feature headlining sets from Childish Gambino, Tame Impala and Ariana Grande. Kanye West was originally slated for a headlining set, but pulled out at the last minute due to disagreements over his production limits.

On the dance music front, the lineup is looking stronger than it has in years. After cryptic hints in the form of posters around L.A., the legendary Aphex Twin has been confirmed. The Yuma features several valkyries of techno including Nina Kraviz, Nicole Moudaber, Amelie Lens and Charlotte De Witte. Gesaffelstein will return to the desert for the first time since 2015, where he played his only live set of his entire tour that year. Not to mention a series of EDM stalwarts including DJ Snake, Dillon Francis and Diplo, the last of whom hinted strongly at an appearance in the Do LaB over the course of the festival.

Over the past 20 years, this event has come to define music festivals in America and even the world. Being just a short jaunt away from the music hub that is Los Angeles, Coachella has garnered a reputation for huge surprises and pushing boundaries. Looking back through two decades, this festival has included moments that shook the foundation of modern popular culture.

In 2006 Daft Punk debuted their infamous pyramid stage in the dance tent, and rumors of their return have not ceased since. Coachella 2007 saw the reunion of the defunct Los Angeles outfit, Rage Against The Machine. In 2012 Tupac was revived if only for a moment during Dr. Dre and Snoop Dogg’s headlining performance. Finally, last year in 2018 Beyonce delivered what has widely been received as the best performance in Coachella history, partly because she was joined on stage by her Destiny’s Child cohorts.

What surprises does Goldenvoice have in store for Coachella’s 20th year? You’ll just have to find out in April.

Tickets for Coachella 2019 go on sale Friday, January 4 at 11am PST. Grab them HERE. 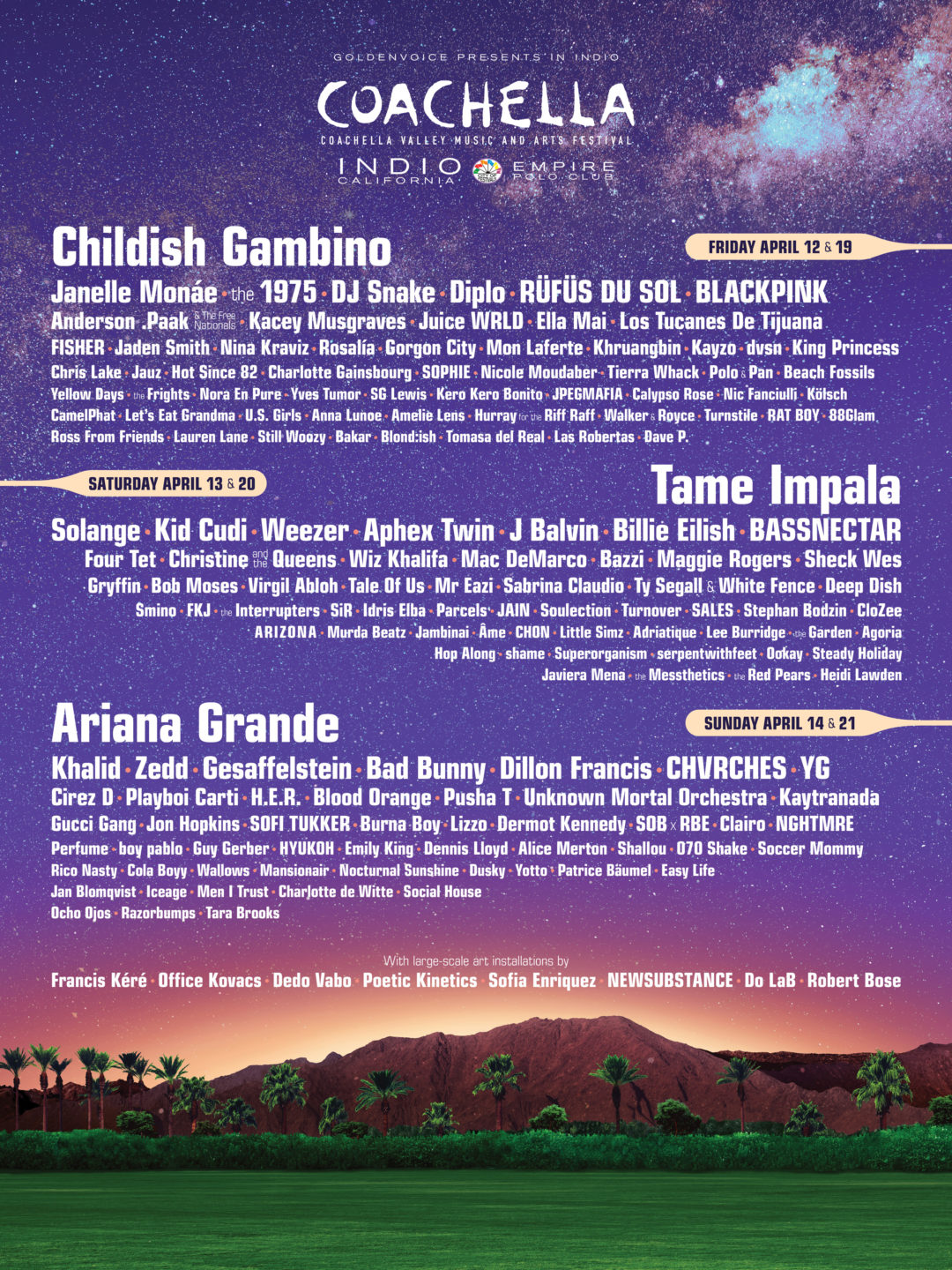 Dirtybird Campout Not Returning To East Coast Next Year

EDM Is A Feeling, And There’s Nothing Quite Like It