Earlier this year, Elon Musk surprised the world yet again by dipping his toes into the electronic music industry as a producer and DJ with the release of his first single ‘Don’t Doubt Ur Vibe’ back in January 2020. Months later, his interest in electronic music persists after hinting at the possibility of creating a ‘rave cave’ atop the latest Tesla factory set to break ground in Berlin this year. With Berlin being a hub for dance music, a rave venue implemented into the Tesla factory would be a perfect addition as Musk continues to push boundaries with design and innovation in all facets of life.

Back in March, Musk made a post on Twitter asking users if a ‘rave cave’ should be included in the final design of the mega-factory. With an overwhelming response, 90% of voters agreed that a rave venue should be implemented with a confirmation from Musk that it would be.

This week, Musk took to Twitter to share the final renderings for the Giga Factory that displays a massive, sprawling design. Atop the factory there is a rooftop structure that many believe to be the location of the ‘rave cave’ teased back in March. In a reply to users Musk stated, “Might be an indoor/outdoor rave space on the roof.” The space certainly has the room for it and with Musk’s love for electronic music, this would be a great place to debut his track while keeping in line with the rave culture that Berlin is known for. Perhaps next year Giga Berlin will be Berlin’s the next hotspot alongside the acclaimed nightclub Berghain! 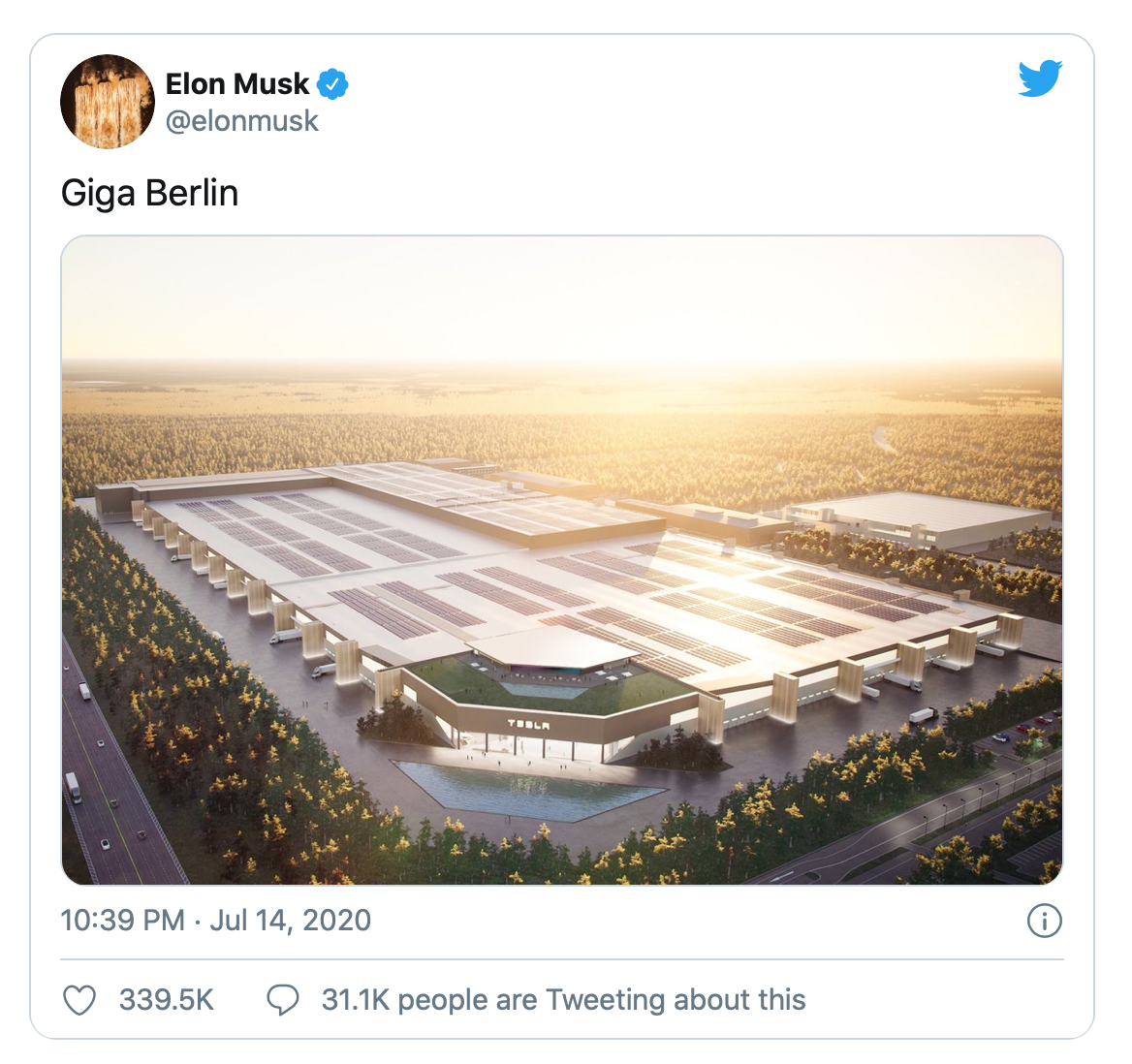