The famed Burning Man camp, Mayan Warrior, has announced a second show in New York to celebrate its tenth anniversary. This new show will also take place on Saturday, June 25 at the Brooklyn Navy Yard following the sold-out show on Friday, June 24.

Mayan Warrior is a collaborative project that has integrated musicians, artists, photographers, designers, technologists, and architects from Mexico City and Northern California. It’s Burning Man art car is one of the most celebrated on the playa every year.

Once again teaming up Stranger Than, who produced Mayan Warrior’s first West Coast show off the Playa, the Mayan Warrior Ten Year Anniversary Tour continues in LA on Saturday, October 29, and San Francisco on Friday, November 18. No lineup information has been confirmed for any of the events. 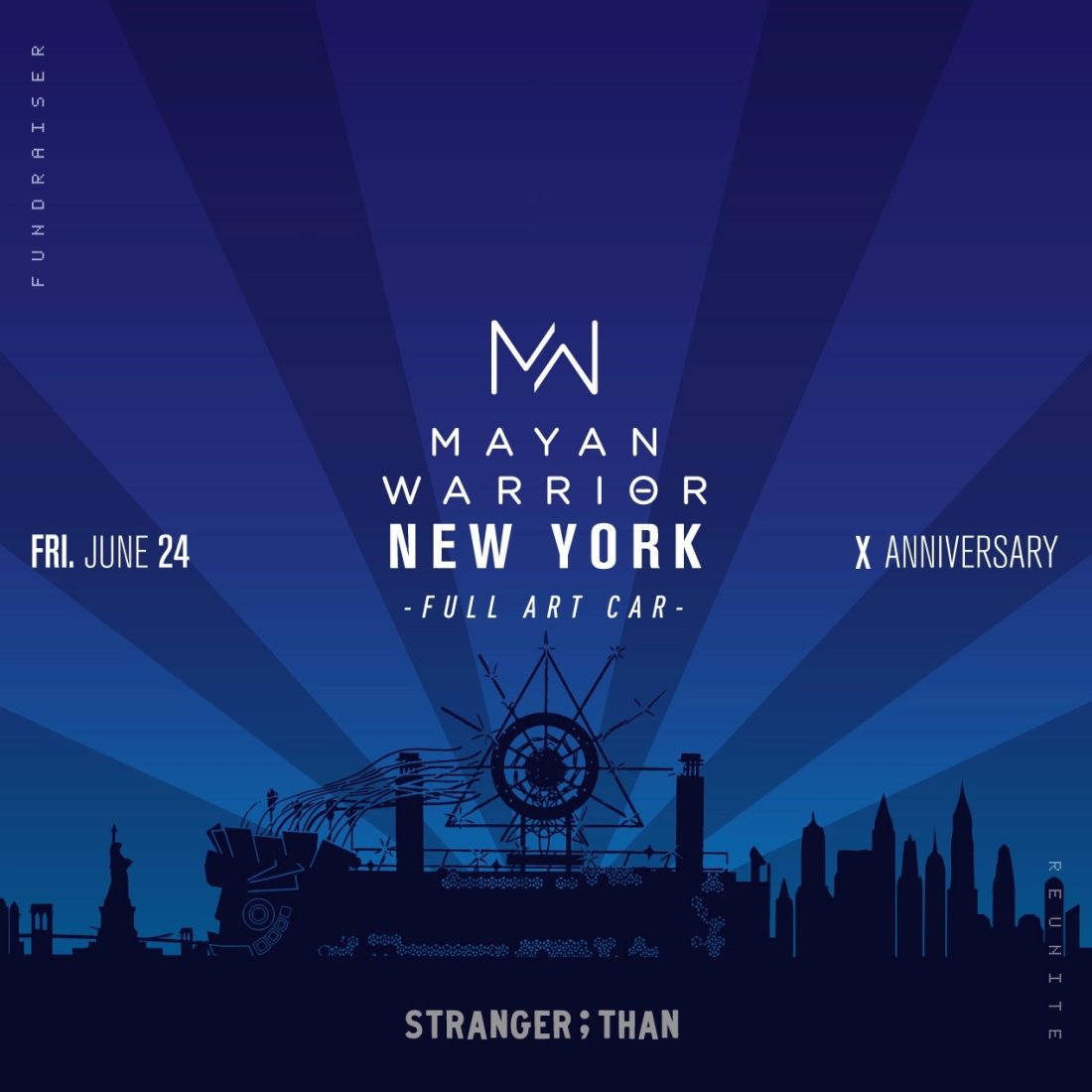