These Are Our Top Winter Festivals Around The Globe

Festival season has become a year-round celebration regardless of the cooler temperatures and cozy weather. As all ravers and electronic music lovers know, a little snow never stopped a party and we are here to show you the best festivals around the world for the winter festival season. It is never too late to grab a last-minute ticket and embark on a journey to see your favorite artists, whether that is high up on the ski slopes or soaking up the sun on a tropical island. Winter festival season is coming in hot with some of the best festivals on the planet! 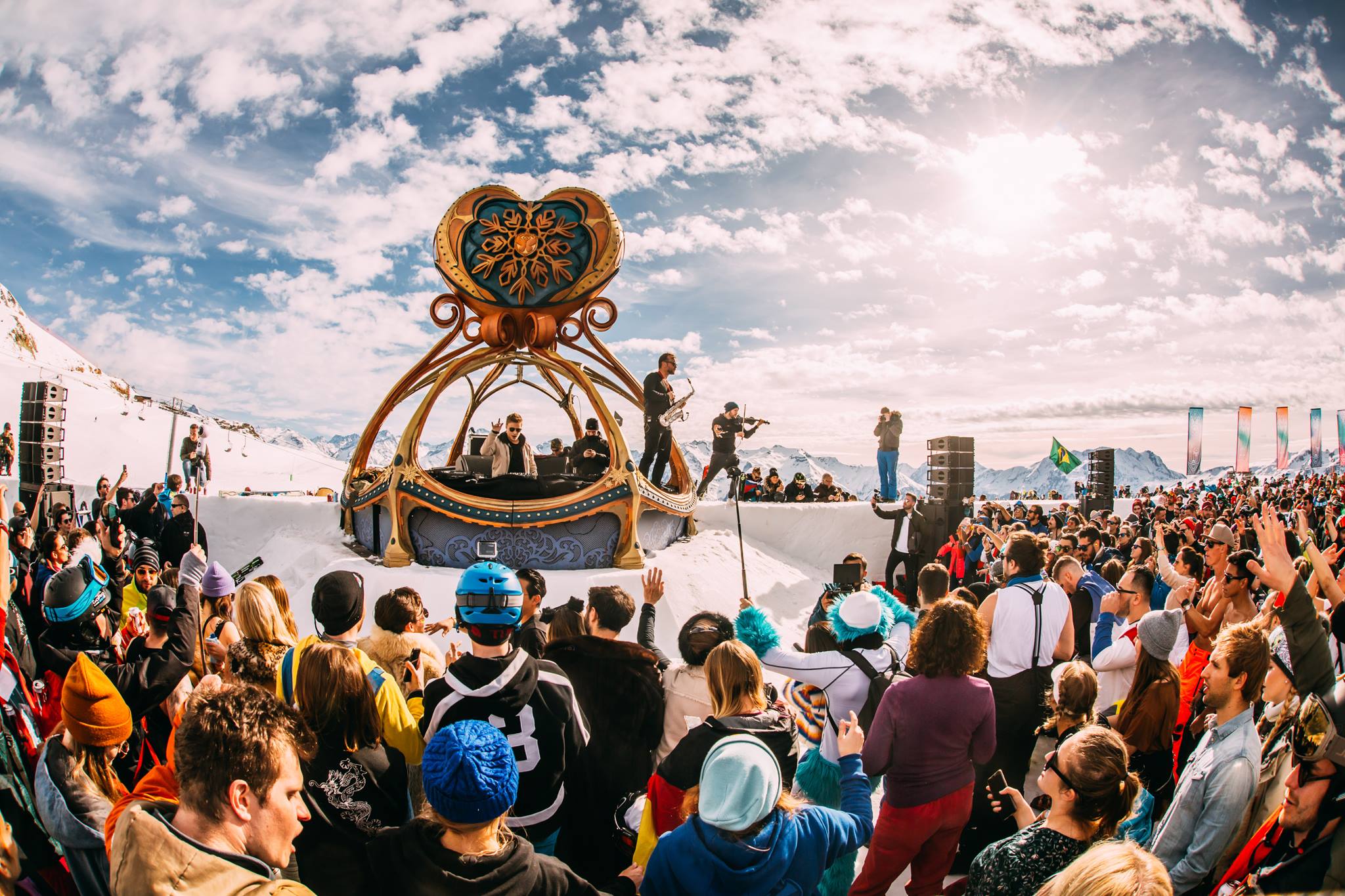 Tomorrowland Winter is returning this March for the second year after a wildly successful debut in 2019. This past July, Tomorrowland celebrated its fifteenth anniversary in Belgium and had a huge year as they released Tomorrowland Winter for the very first time with over 25,000 guests in attendance. Located at the gorgeous French Alps, attendees gather near the mountainside in a picturesque setting at the luxury ski resort Alpe d’ Huez for the week-long event. Despite the snowy blanket that covers the town all year, the location has earned the name “The Island of the Sun” because of the reputation for having consistent sunshine on the slopes. Meanwhile, the top DJs, producers, and artists from around the world take the stage while guests bundle up in their ski gear for an adventure of a lifetime. In true Tomorrowland form, creators curate an otherworldly event with beautiful stages, unparalleled production, and the best in sound technology. This year, the theme of the Book of Wisdom from Belgium continues with The Frozen Chapter. As always, the lineup is stacked with performances from DJMag ‘s #1 Top 100 DJ for 2019 Dimitri Vegas & Like Mike, Martin Garrix, Armin van Buuren, David Guetta, Afrojack, and many others. We expect each year of Tomorrowland Winter to become exponentially bigger as it grows in popularity. Head over to get your tickets here! 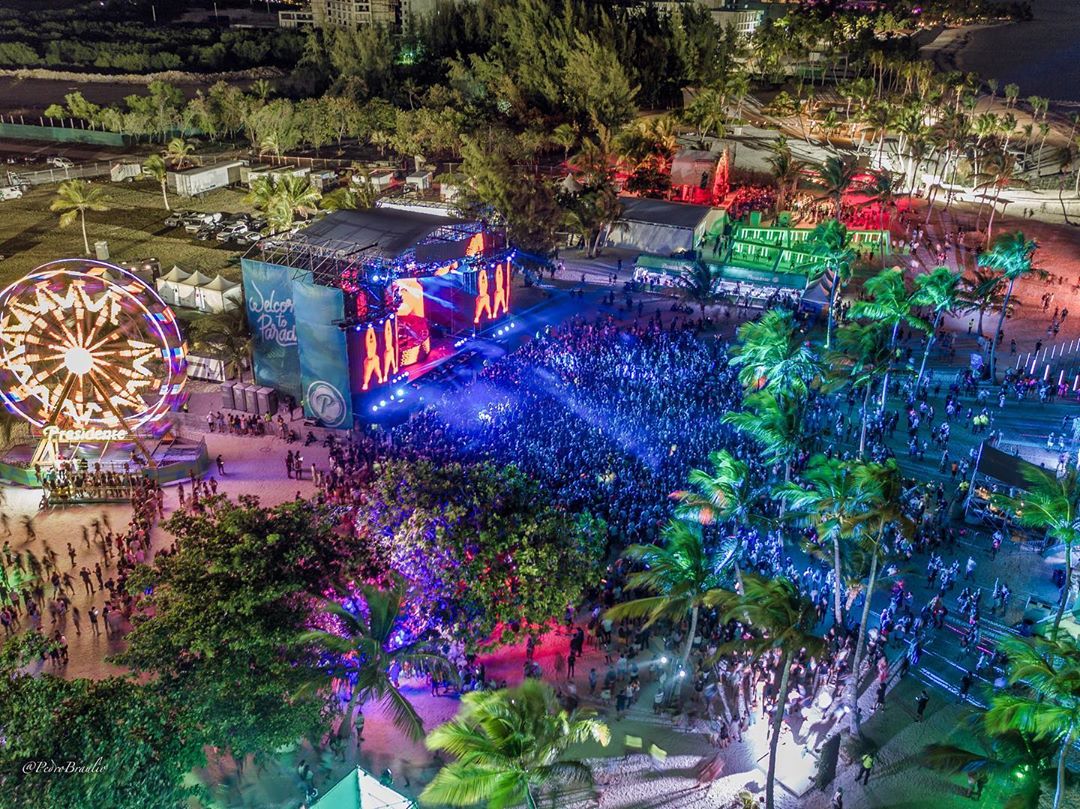 For those that need a break from the rain and snow, it may be the perfect time to take a vacation to the tropics! The Paradise Festival takes place on the beautiful island of Cap Cana in the Dominican Republic and has made their mark as not only the top island-based festival, but as one of the top festivals globally due to their outstanding lineups. This marks the fifth year for The Paradise (previously known as Electric Paradise) as they return to the middle of the Caribbean for a weekend of electronic music and dancing as guests experience the local culture, the delicious food, and the beautiful beaches that line the coast of this tropical island. In between sets, take some time to relax at the resort or check out the interactive art installations as you gear up for more dancing! The lineup this year is absolutely amazing with headliners including Marshmello, Tyga, Maluma, Martin Garrix, Madeon, Jamie Jones, Brooks, Alan Walker, and Alesso among many others. Grab your swimsuits folks, because this is an experience you do not want to miss! Grab your tickets here. 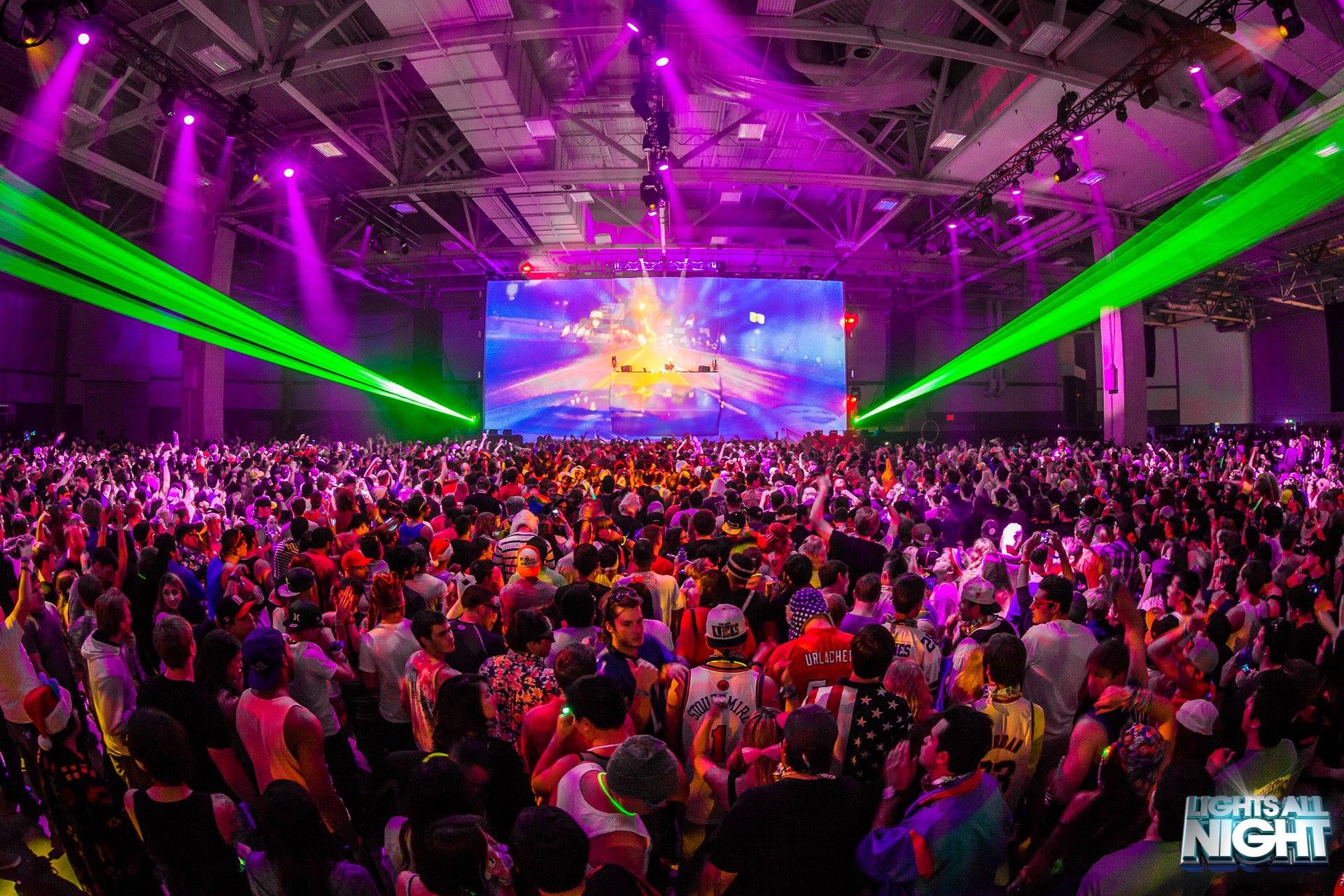 As the longest-running electronic music festival in the entire state of Texas, Lights All Night consistently makes our list as top winter festivals to attend. Located in the downtown area of Dallas, Lights All Night (LAN) is in a premier location surrounded by the acclaimed upbeat nightlife of downtown Dallas. Currently, there is a waitlist for GA tickets because of how popular this festival is as Always On brings out the best DJs and curates a next-level event with state-of-the-art light and sound production. As part of the experience, the festival aims to create an otherworldly journey as you make your way amongst the stages. The festival boasts several art installations to provide a fully immersive experience. Meanwhile, the lineup at this event is otherworldly all on its own! This year boasts performances by Skrillex, Bassnectar, San Holo, Tritonal, 3Lau, Louis the Child, Elephante, Said the Sky, and Zomboy. While GA tickets are currently waitlisted, VIP is still available so get your tickets here! 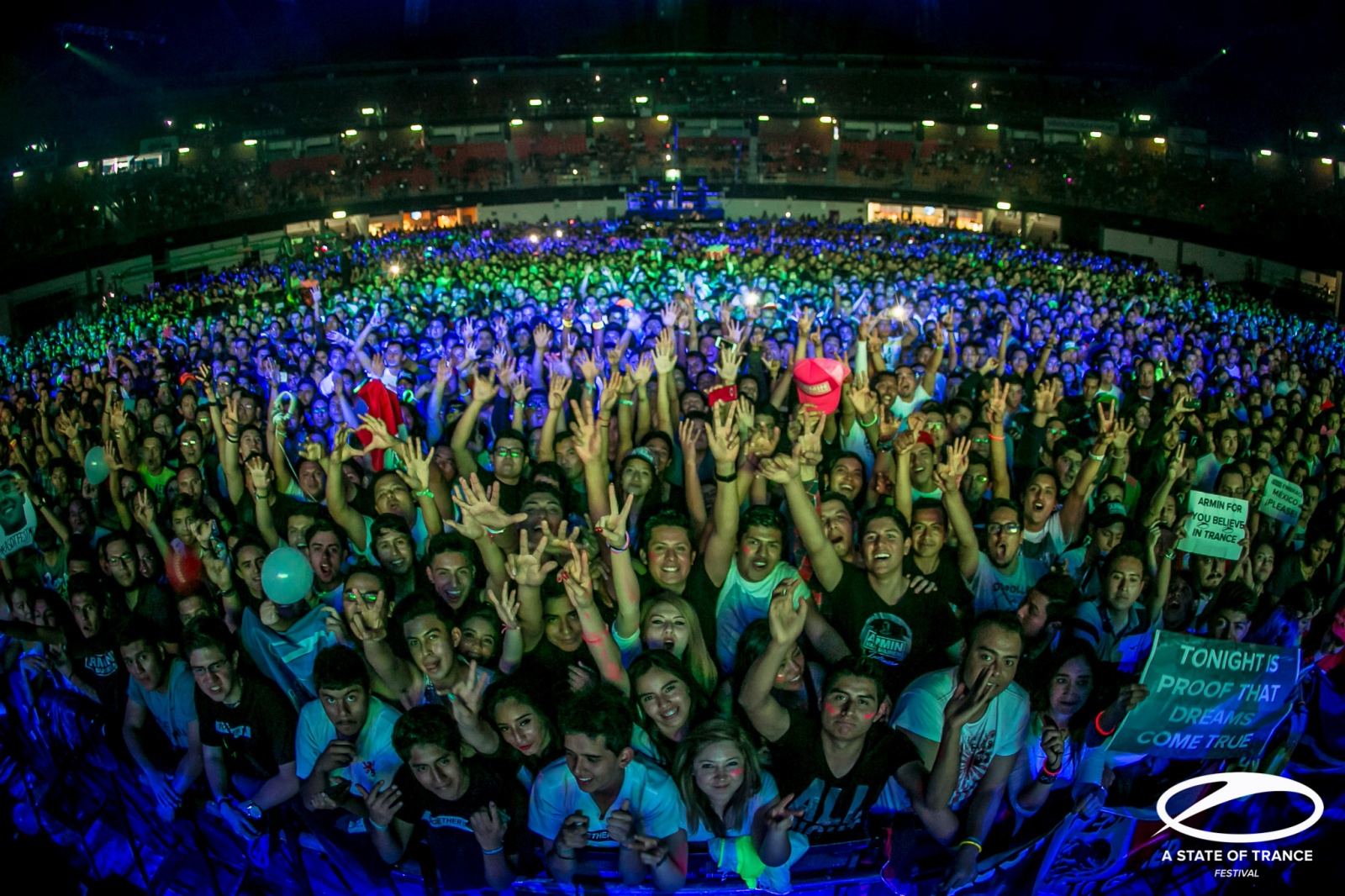 A State of Trance Festival

For trance fans, the A Sate of Trance Festival is the biggest festival of the year as it returns to its home in the Netherlands. A State of Trance Festival is part of the global brand’s series of festivals that focus on purely trance music. Curated by Armin van Buuren, the weekly Dutch radio show A State of Trance has grown to become one of the most popular electronic music shows in the world and has set a standard for trance music. The festival was created with the intent to bring together trance fans around the world for two days of festivities accompanied by melodic beats and a fully immersive experience. This year, the theme is Lifting You Higher. The festival will take place in both Amsterdam and Utrecht, although many fans will attend both nights in each city. Headliners this year, as always, feature the very best in trance music including trance godfather Armin van Buuren, Above & Beyond, Cosmic Gate, Vini Vici, Astrix, and many others.  For tickets, visit here! 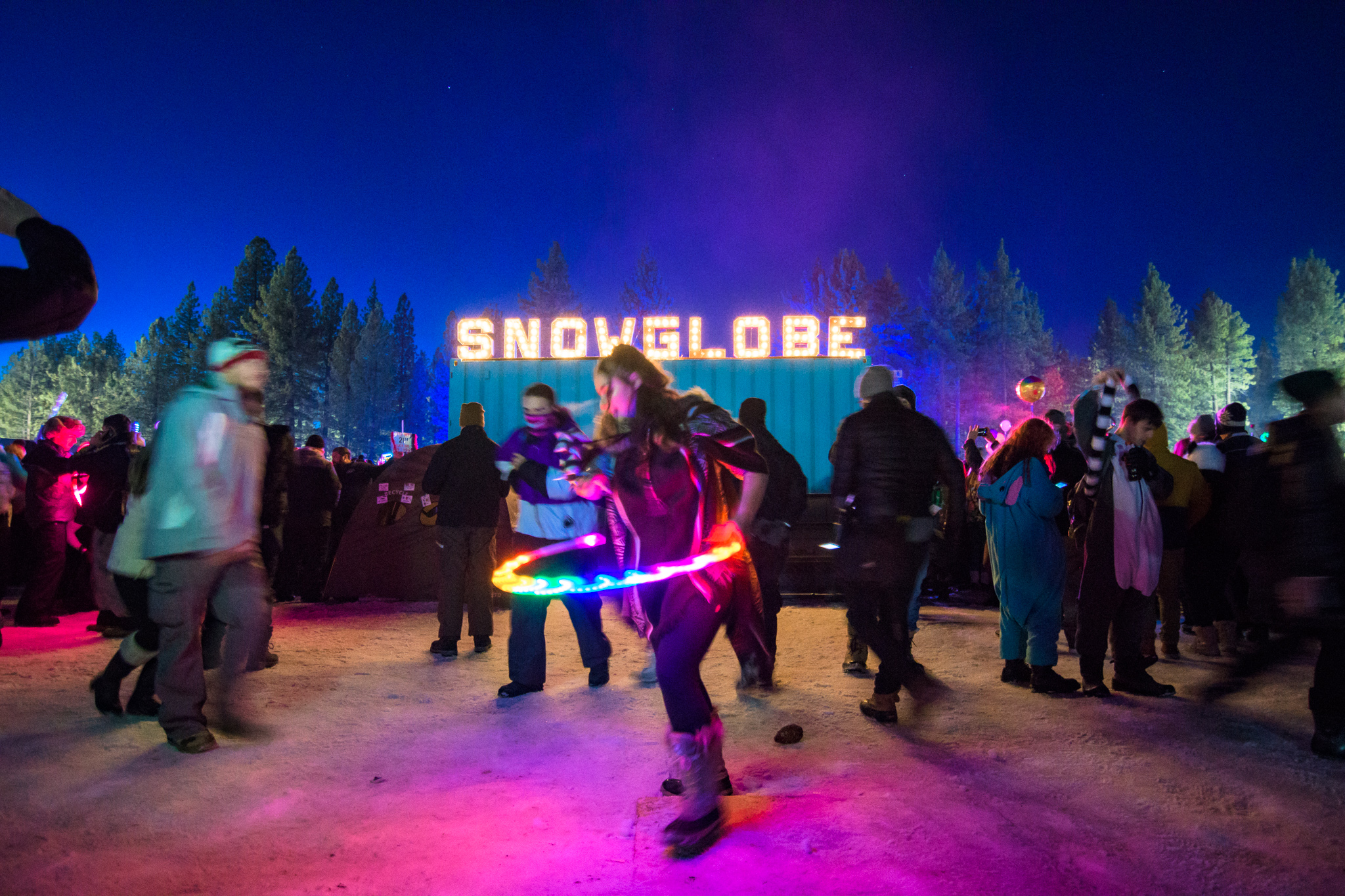 Lake Tahoe is one of the most popular ski destinations in the United States, making Snowglobe an ideal location to host a music festival in a winter wonderland. In the midst of California’s winter, Snowglobe gives music lovers a chance to get away by combining plush slopes with top artists for an amazing weekend. Hosted by MTV, Snowglobe has skyrocketed as a top music festival that takes place over three days at the end of December and over New Year’s Eve. With several stages and world-class musicians set to the background of beautiful snowfall, Snowglobe promises to be an experience of a lifetime and a party you will never forget. This year, performances will include appearances by Blunts & Blondes, Snbrn, Tchami x Malaa, Zhu, A-Trak, LP Giobbi, Fisher, Louis the Child, E-40, Griz, Skrillex, and many others. In between dancing away under the snowy sky, take the opportunity to hit the slopes or relax at the amazing resorts in this small ski town. For tickets and more details, visit here! 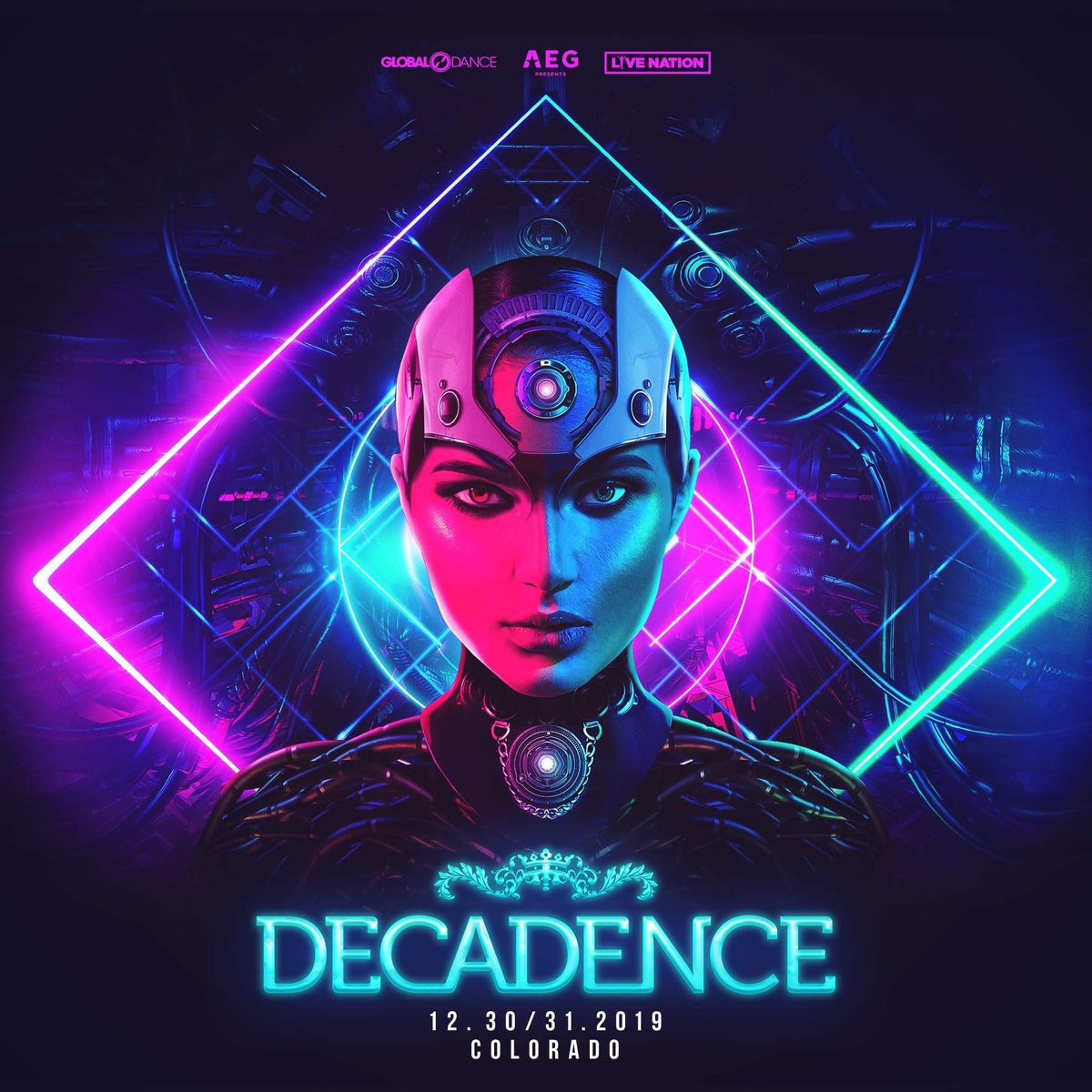 Curated by heavy-hitters in the music production industry, Decadence NYE is not only a top New Year’s Eve Festival but a must-see festival this winter overall. Hosted by Global Dance, AEG, and Live Nation, Decadence consistently brings out the best in production quality, sound technology, and of course in artist headliners. Labeled as the largest New Year’s Eve dance celebration in the United States, Decadence returns to the dazzling city of Denver over the course of two days and ending with a final night on New Year’s Eve. This year, the silent disco returns as unique experience for guests to enjoy in-between sets by their favorite artists at the large location at The Colorado Convention Center. Sprawling over 600,000 square-feet, curators transform the location into an electronic music playground complete with extravagant décor and next-level production. Headliners this year include Arty, Bassnectar, Boys Noize, Cash Cash, Cosmic Gate, Diesel, Don Diablo, Fisher, Gareth Emery, Louis the Child, Oliver Heldens, Rezz, Slander, Steve Aoki, Tiesto, and many others. Get your tickets here! 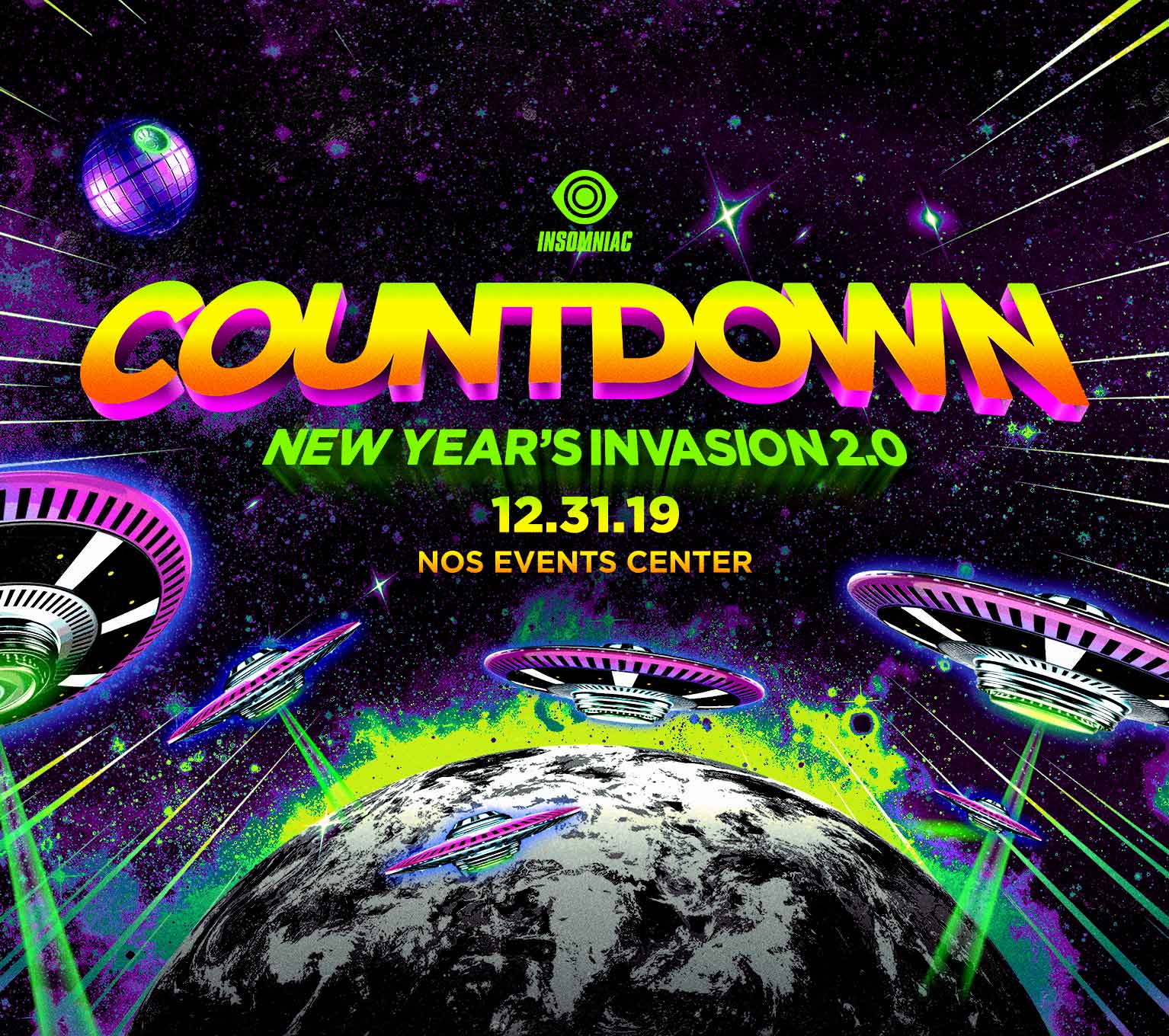 Countdown NYE returns to California for another year of electronic music and intergalactic partying to ring in the New Year. Hosted by the festival and electronic music connoisseurs at Insomniac, Countdown takes the lead as the largest New Year’s Eve party on the entire West Coast (if not the country). This year, four of the large stages from prior years have been transformed and will be filled with new surprises. As we saw at Escape Halloween this year, Insomniac has been taking their production and stages to new heights by implementing mind-blowing theatrics and lighting. The event takes place at the iconic NOS Events Center located in beautiful Southern California. As always with Insomniac events, we have high expectations this year when it comes to production. The headliners this year include performances by Alesso, The Chainsmokers, Galantis, Elephante, Oliver Heldens, Said the Sky, Gryffin, Porter Robinson, and tons of others! For details and tickets, head here!

'Baby Raves' Are Officially A Thing In California