UNITE! Music Festival first began out of a desire for the LGBTQ + nightlife events to be more inclusive for all members of various communities. Since the formation of UNITE! Music Festival, the festival’s primary focuses have been on inclusion, experience, healing, and uplifting. In years past, the festival attempted to throw a series of nighttime and daytime events at various venues across San Diego but has since focused on throwing a series of nighttime events at one venue, Spin Nightclub.

To celebrate UNITE! Music Festivals 5th anniversary, festival organizers have announced a brand-new sunset harbor cruise called #UnitedWeGroove, which will be the West Coast debut of one of the most beloved Miami Music Week events for the last five years, Kristina Sky’s #UnitedWeGroove. The event will take place on July 18 from 4-10 PM PST and will host 1,000 guests through the beautiful San Diego Harbor on the largest yacht in Southern California. The yacht will feature cutting-edge technology and sound, alongside various talents from both within and outside the LGBTQ+ community.

Headliners that will perform throughout the course of UNITE! Music Festival’s 3-day San Diego takeover at Spin Nightclub and #UnitedWeGroove cruise includes Gabriel & Dresen, Kristina Sky, Dirty Kurty, Calagna, Nina, Flowers, Cindel, Paul Cowling, Jinx Mirage, Autumn Leilani, and a long list of other acts who can be viewed via the graphic below.

Tickets for UNITE! Music Festival and the #UnitedWeGrooce cruise can be purchased by clicking here. 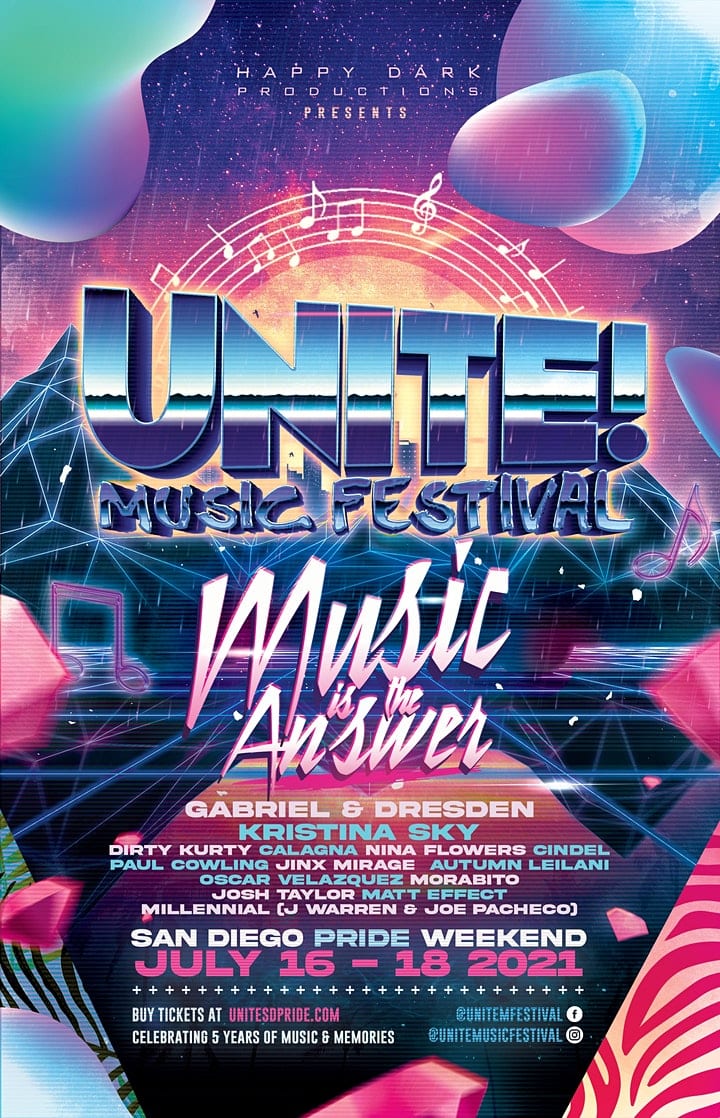 Charlotte de Witte's KNTXT Is Teaming Up With Apple Music