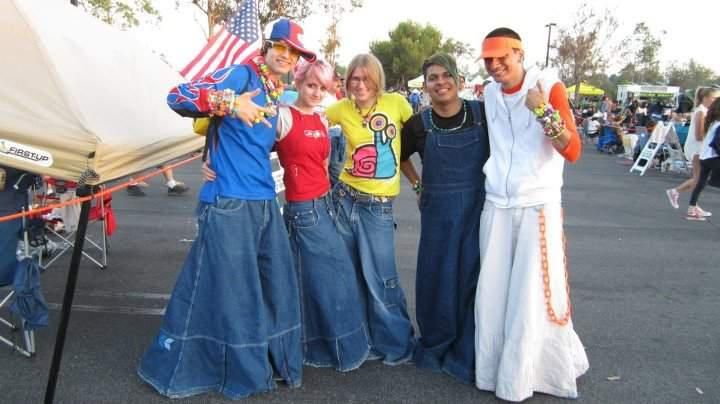 Despite the massive amount of influence electronic music has had on our world today, there are still plenty of naysayers out there who think EDM is just a fad. They see the ridiculous outfits and read about yet another tragedy at a rave and think something along the lines of,

“It’s just something the kids are doing these days. They’ll grow out of it.”

While this mindset is somewhat accurate as the youth are the ones who determine what is popular and what isn’t, electronic music belongs to people of all ages, not just the ones counting the days until they don’t have to use someone else’s ID to get into a festival. It may come as a surprise to the aforementioned naysayers, but electronic music has been around for decades right along with all the dancing and partying, it just wasn’t in the spotlight before. In truth, because it took so long for electronic music to truly take off, the new-school ravers with their tutus and bead-ridden arms owe everything to the people who where there from the beginning. Without their dedication, electronic music would have faded into the background and never become the powerhouse it is today, and for a while, it was indeed difficult for the OGs to find a place in the wildly popular EDM culture, but now the mainstream scene is becoming more accessible to older fans, here are a few reasons why.

One thing that has definitely separated the OGs from the newbies when it comes to EDM are the events. Years ago, the thought of having a DJ spin in front of thousands of people was nonexistent. If DJs weren’t mixing in the dark corner of some grimy dance club, they were out in the boonies filling up an abandoned warehouse with asbestos in the ceiling and lead paint on the walls. That’s what a rave was back then. There was no regulation, no security to stop fights, no EMTs waiting in the wings in case of emergency. The goal of these events was to as low-key as possible. That way, only the people who were truly about the music and the environment would make it a point to attend.

Granted, with EDM being as popular as it is, it’s very unlikely that the same level of talent that the huge raves are attracting will spin in the same underground environments, but many other smaller events tailored to the older crowd have been popping up lately, and most of them are doing a great job. One example in LA is Minimal Effort. Starting out as a techno heavy-night at the minimal Lot 613, the quarterly event has quickly grown into a multi-stage party attracting a much more respectful following. By booking artists that would only appeal to fans who are heavily involved in the scene along with slapping a 21-and-over age restriction on it, Minimal Effort deflected any mindless band-wagoners who attend events to fight to the front and completely disregard the people around them. When the older crowd would go to raves twenty years ago, interacting with fellow ravers was just as important as raging to the music, and by catering to a more mature following, these new events like Minimal Effort have revived that spirit within the scene.

2. The Return Of The Original “EDM”

Fact: the oldest genres of electronic music are house, techno, and trance. Oh, and for the record, when I say house I don’t mean the blaring synths of Bigroom or electro, and when I say trance, I don’t mean the kind with some simplistic message about how wonderful and amazing everything is. Electronic music used to be known for it’s raw beats coupled with unique sounds, and that’s the type of music the older fans of EDM are into. Not to say there aren’t some seniors out there who love Calvin Harris, because (I think) there are, but if someone has been involved with EDM since the beginning they started out as fans of house, techno, or trance. When EDM first took off, all of the promoters simply wanted to capitalize on its newfound level of popularity. Artists were booked based on the tracks they produced and how well they fit into the mainstream scene, a.k.a. how well they could attract a crowd. The reason none of these artists were making old-school house, techno, and trance is because, having been around for years already at that point, there was nothing new and exciting about them.

The OGs were still huge fans the way there are still huge fans of classical music and jazz, but there was no mainstream appeal to them. However, now that the overly-hyped phase of EDM is coming to end, promoters are discovering how important the OGs are to the survival of EDM. Let’s face it, after a certain number of years, EDM will fade into the background and all the people who were into it for the sake of fitting in will move on. The people who will stick around are the ones who have already stuck around for decades, and those people are into house, techno, and trance. More and more artists of these genres are getting booked, and at pretty much every large event that truly respects electronic music, there is a specific stage or are dedicated to the underground sound. Coachella has the Yuma Tent. Ultra has the Resistance stage. EDC has the Neon Garden. These stages may exist within festivals that define the mainstream, but they serve the purpose of further integrating the OGs into that idea of mainstream.

Several times throughout this piece I’ve mentioned that EDM has been around for decades, and I’m sure some people reading this still find that very hard to believe. Well, it’s true. Another statement I made that is also true of both EDM and mainstream culture overall is that the youth decides what’s popular. They don’t do it on purpose, but that’s the nature of fads. A simple idea seeps its way into the impressionable minds of the younger crowd, who then expand and exploit that idea until it can no longer sustain itself. However, yet another thing that has already been said in this piece is that EDM is not a fad. Now before any naysayers want to reject that statement consider this: “EDM” first exploded around 2010 following up tracks like Deadmau5’s “Strobe” leading into Avicii’s “Levels.” With this in mind, now consider that that 2016 is now a little over a month old. That means “EDM” has been huge for nearly six years. This may not be the longest time as far as the evolution of music goes, but those young people who were probably between 16 and 21 years old when they first jumped on the EDM train are now in their mid to late twenties. While age may not effect a person’s taste in music, it can’t be denied that the people who first got into EDM around the time it initially exploded are several years older (and more mature) than the youngens who are attending their first rave. That means that not only is the EDM crowd maturing, but so is the scene as a whole.

I don’t know anyone in their twenties who would ideally be raving eighteen-year-olds. In order for them to maintain their love for the scene, they have to be able to find ways to enjoy it with people closer to their age and closer to their state-of-mind. One of the best ways to do this is to embrace the crowd that’s even older than you are, and those are the people who have been there from the beginning. Perhaps the theory works both ways, and people in their forties don’t ideally want to rave with people in their twenties either, but the reason the people in their forties are still attending these events is because they understand that the EDM scene isn’t just about the music, it’s about interacting with people.

Now, six years after the EDM explosion, the people who fueled the explosion both understand and respect that too. This has allowed the older crowd to reintegrate themselves into mainstream EDM, and you know what, we’re glad to be in YOUR company.