The Aliens Are Back: Insomniac Announces ‘Countdown’ Quarantine Livestream

After an incredibly successful weekend with the Beyond Wonderland Virtual Rave-a-Thon with over 3.5 million streamers, Insomniac’s keeping the good vibes comin’ with some more festivities set to launch this weekend. Although we usually see the aliens invade in late December, these drastic times have provoked them to come back and invade our homes a little early.

That’s right, the Countdown Rave-A-Thon is up next. Similar to Beyond over the weekend, Pasquale and his crew have carefully hand-picked top tier artists to join the lineup for two nights of non-stop interstellar beats. The beats will run from 8pm-12am on March 27-28 on either Youtube or Twitch and will include legends like Sacha Robotti, SNBRN, Flosstradamus, Medasin, and more. 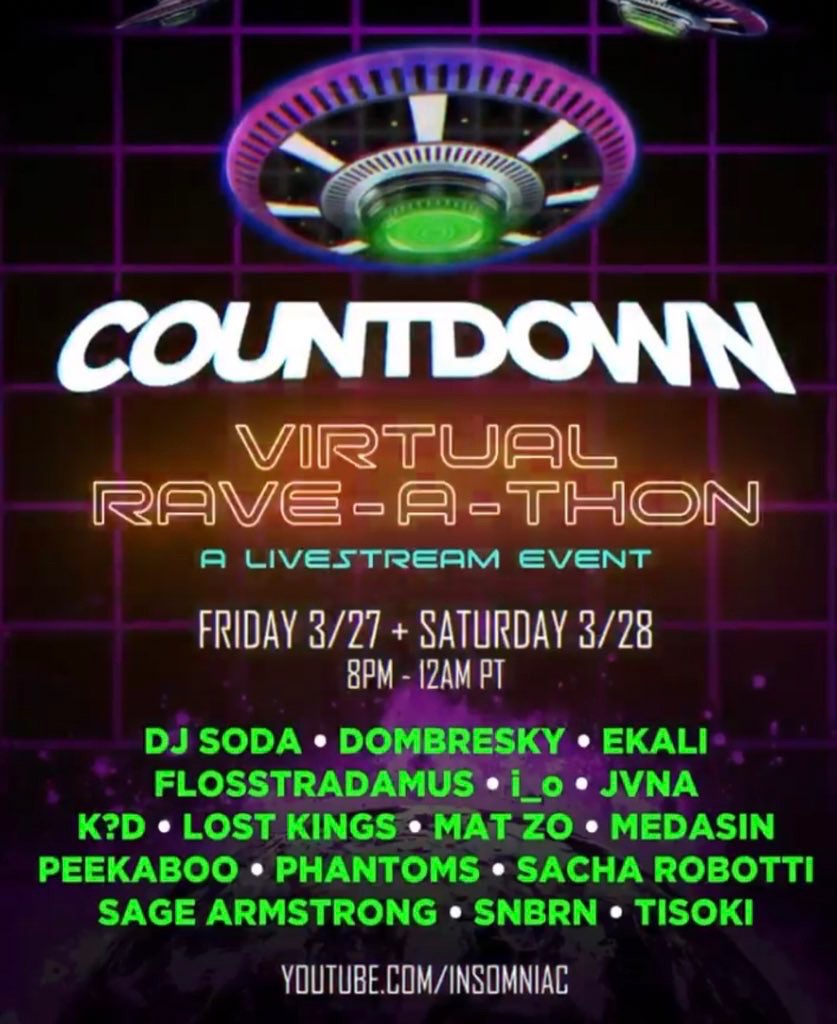