For the first time in many years, Tomorrowland has released the full artist lineup prior to the ticket sales in a very exciting move for the People of Tomorrow. Tomorrowland is well-known for its mysticism in releasing specific event details, which typically arrive over the course of several months with special hints and surprises leaked up until the festival’s commencement in July. This year fans around the world were pleasantly surprised for the always highly-anticipated lineup to be released so early on and ahead of the second round of ticket sales. In true Tomorrowland form, the lineup is beyond your wildest festival dreams complete with the top producers, artists, and DJs from around the world.

The event this year will take place over the course of two weekends with Weekend 1 July 17th to 19th and Weekend 2 July 24th to 26th, 2020. The theme this year is titled The Reflection of Love, which is the next chapter in the Tomorrowland series after last year’s throwback to The Book of Wisdom. As fans prepare for the experience of a lifetime come this summer, electronic music fans around the world have their eyes on the Tomorrowland headliners whether they have the opportunity to attend the Belgian festival or find themselves watching the live stream from the comfort of their homes. When it comes to talent and production, Tomorrowland consistently sets the bar with elaborate stages, stunning light shows, eye-catching decor, and a stacked roster of talent. 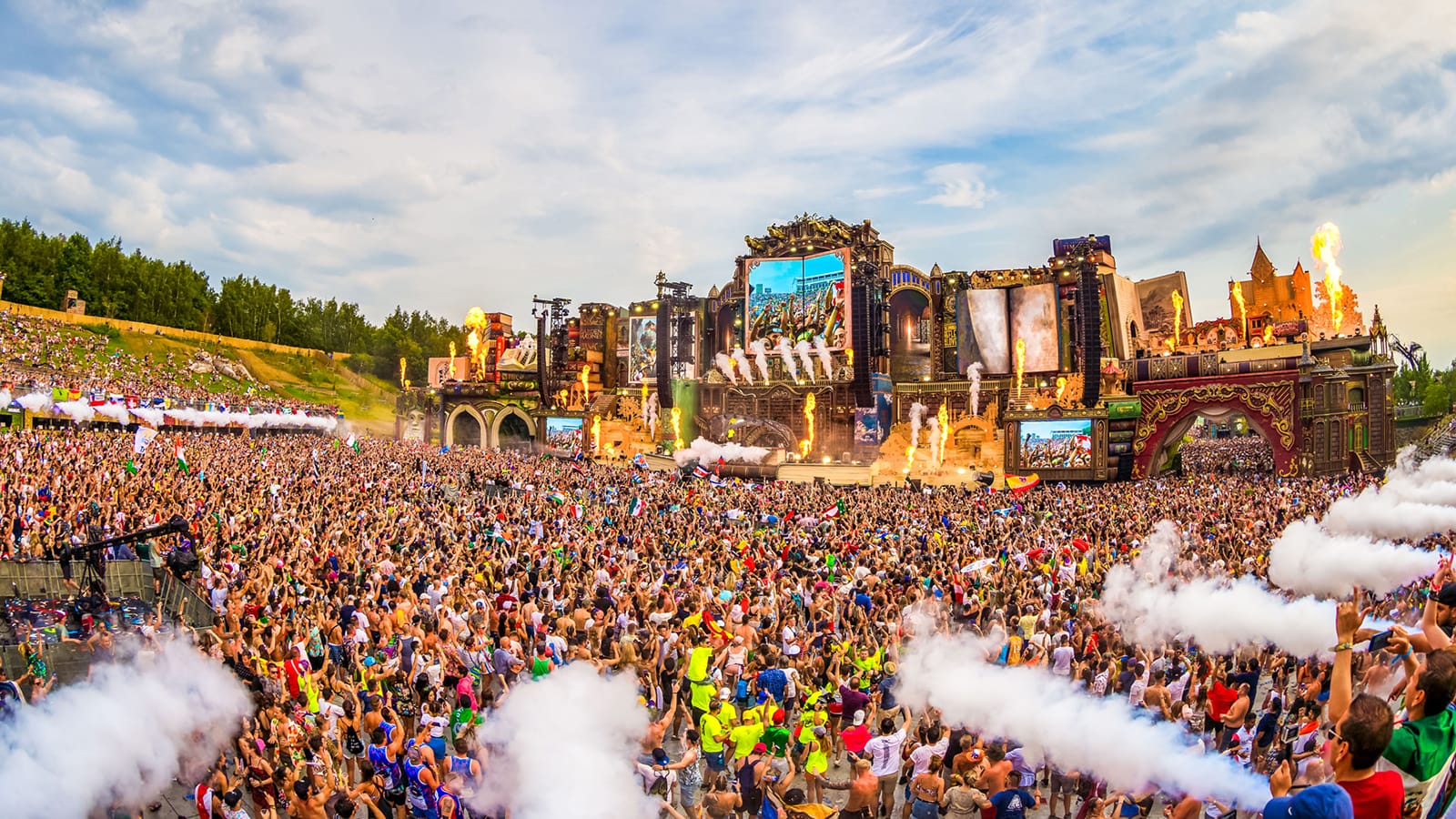 Among the hundreds of artists in attendance this year, many Tomorrowland favorites will be returning to the stages including DJMag 2019 #1 DJs Dimitri Vegas & Like Mike, Afrojack, Timmy Trumpet, Armin van Buuren, Tiesto, Alesso, Oliver Heldens, Don Diablo, Nicky Romero, Axwell, and David Guetta to return for his sixteenth year! Martin Garrix has been confirmed to perform on MainStage after curating a stage last year with his label STMPD Records. After closing out Tomorrowland last year, 3 Are Legend are back for another epic year as Steve Aoki, Dimitri Vegas, and Like Mike join forces as a legendary trio. 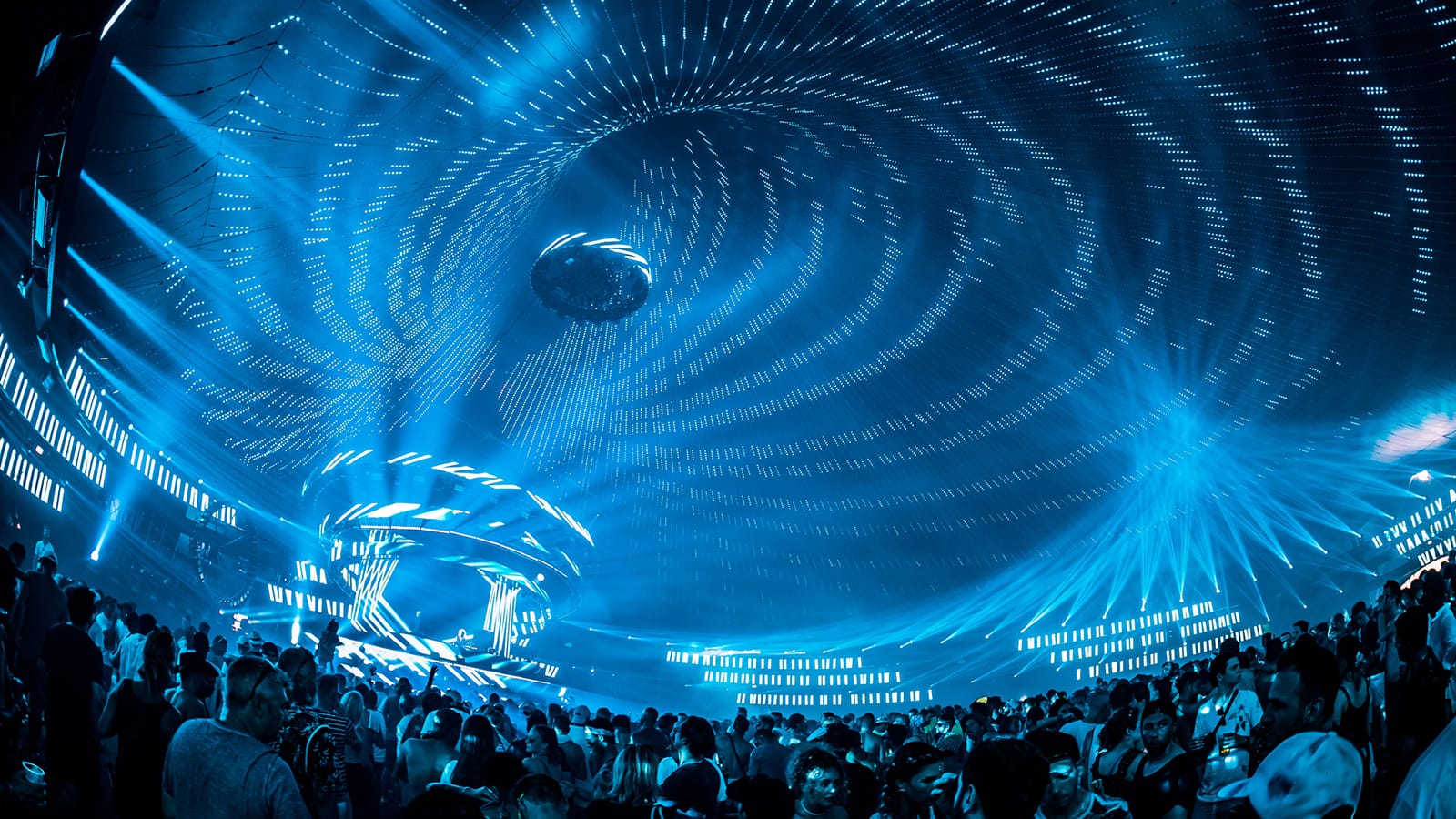 In big news for the 2020 year, Eric Prydz is set to return with his famed Holosphere show which debuted last year after piquing interest for the highly anticipated event. HOLOSPHERE is part of the HOLO series, which sparked a buzz in the electronic music community as Eric Prydz created an astonishing experience that combined his music with his legendary light shows and displays. Other acts include A-Trak, Armand van Helden, Claptone, Tale of Us, and for the first time Duck Sauce (the duo comprised of A-Trak and Armand van Helden) after reuniting this year. For the very first time, Illenium will also make their debut on the stages of Tomorrowland.

Each year, Tomorrowland curates an event that consistently surpasses the year prior by creating an otherworldly experience with an attention to detail that is mind-blowing. Combined with a stellar lineup of talent, it is no surprise that Tomorrowland is the most sought-after festival in the world with over 400,000 fans in attendance over the course of two weekends. Every year, tickets sell out instantly and this year has followed the trend with an already sold-out Global Journey last weekend. Now that the lineup is officially released, the excitement for the next round of ticket sales has grown exponentially as Tomorrowland hopefuls pray for the chance to attend this year. Fans have the chance to get tickets on January 25th, 2020 as part of the Worldwide Pre-sale and again on February 1st, 2020 for the Worldwide Ticket Sale.

For the full lineup, head here! 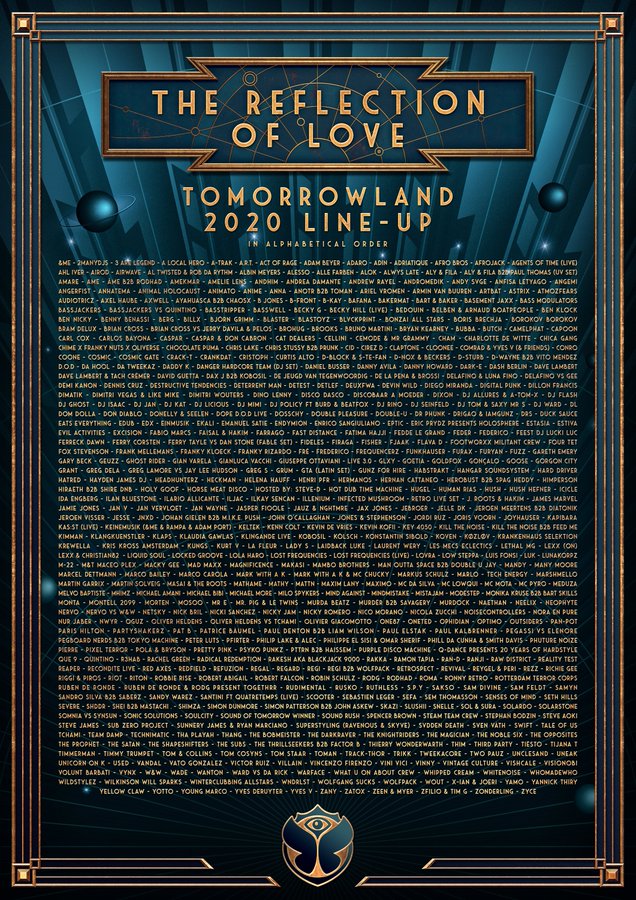