Everyone get their costumes ready because the fall festival season is finally here! With that, the countdown to Escape Psycho Circus officially begins as we approach the date set for October 25thto 26th, 2019. As always, Insomniac is bringing their A-game this year with major headliners like Alesso, Eric Prydz, Don Diablo, Chris Lake, Dillion Francis, San Holo, Said the Sky, Timmy Trumpet, Excision, Charlotte de Witte, and many others over the course of this two-day festival. With a stacked festival like this, there’s bound to be an overlap in set times so you will need to narrow down your favorites. Let us help you with our top six picks to add to your Escape schedule! 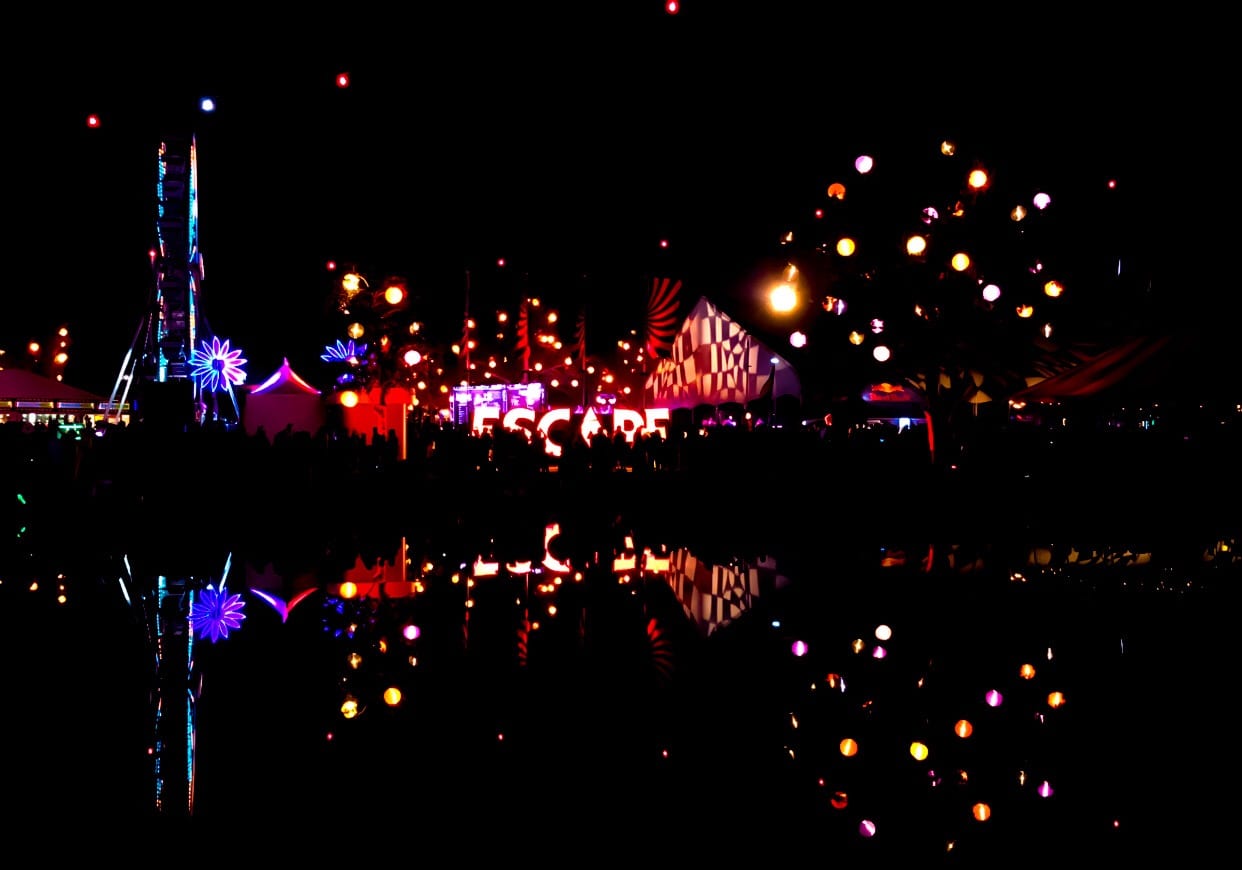 Since his debut of HOLOSPHERE at Tomorrowland this year, all eyes have been on Eric Prydz in anticipation of the HOLO and HOLOSPHERE shows that are next-level (even for Eric Prydz). Eric Prydz is especially known for his use of pyrotechnics, holographic displays, and out-of-this-world light shows that are regarded as the most spectacular out there. Aside from his beloved visual displays, Eric Prydz brings it as he mixes techno and progressive house vibes that will have you dancing. This puts Eric Prydz at the top of our list of DJs you must see this year at Escape. Aside from his upcoming HOLO show in New York City at the end of this year, Eric Prdyz makes rare stateside appearances. If you missed him at Tomorrowland, this is your chance to make it up! Get ready to have your mind blown, because we personally can’t wait to see what Eric Prydz has in store for us! Pro-Tip: Bring your diffraction glasses. 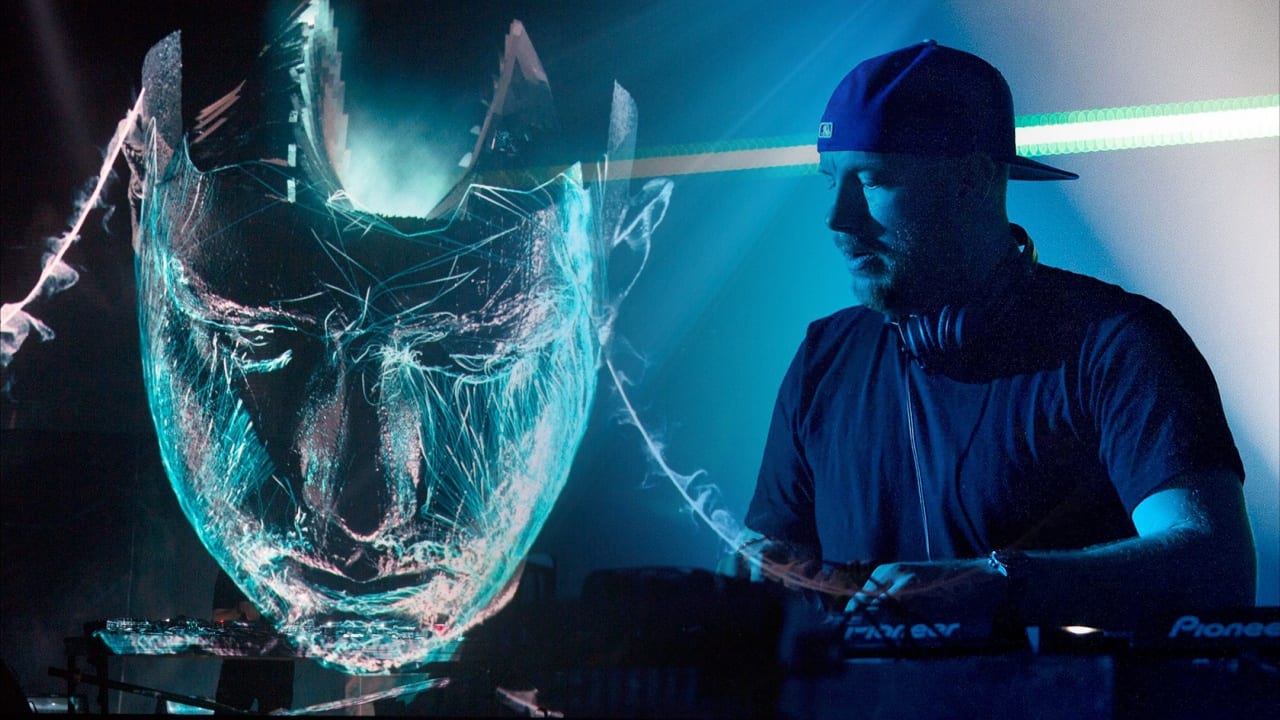 Our favorite helmet-wearing DJ and producer is heading down from his hometown in Ontario to Escape this year, and we are counting down to see Deadmau5 take the stage! Also known for his visuals, Deadmau5 puts on a mesmerizing show as he showcases his talent for playing a unique combination of trance, techno, and progressive house that gives you all the vibes. Earlier this year, Deadmau5 released the new Cube 3.0 display at Ultra Music Festival in Miami and blew fans away again at Creamfields back in August. For those that have never seen his sets, Deadmau5 is famously known for using Cinema 4D to create modular, cube-shaped visuals that keep the crowd entranced. Although Deadmau5 is about to kick-off his Cube V3 tour, several of the shows are already sold out and seeing Deadmau5 at a festival is quite the experience! 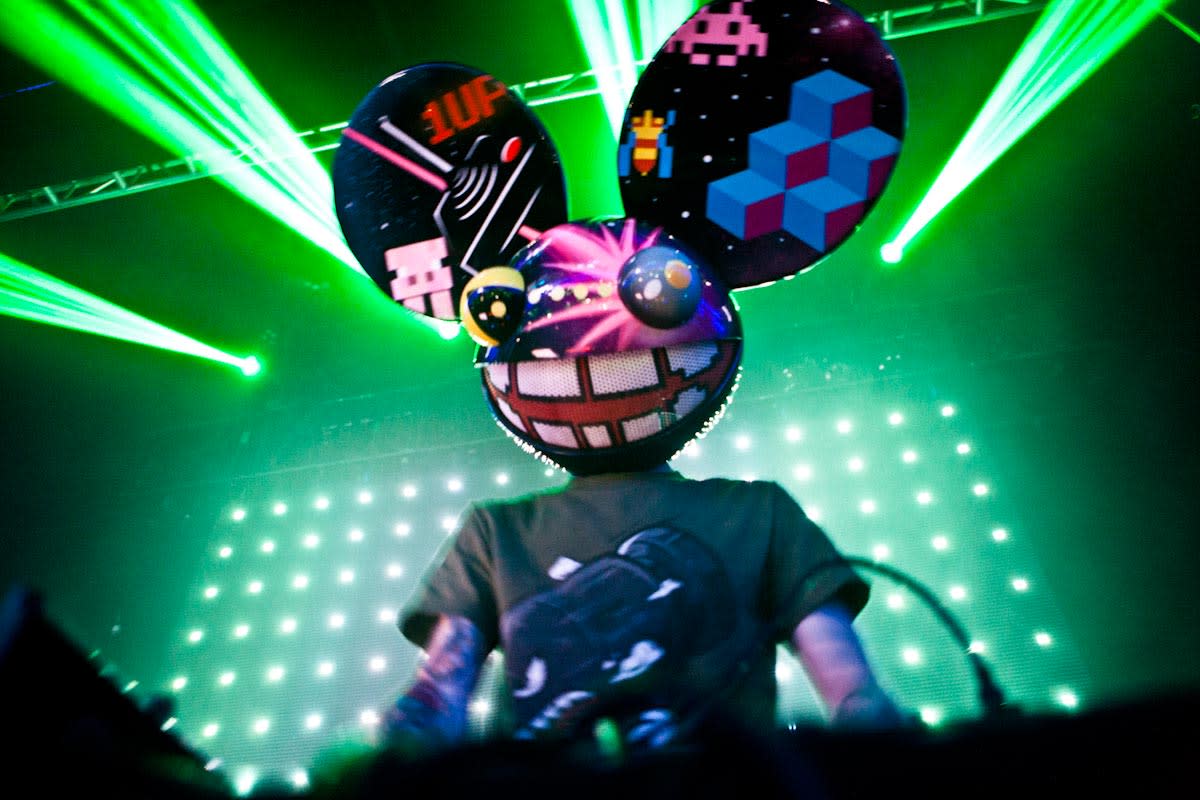 Nothing quite beats the feeling of dancing under electric lights with the people you love while high on the moment, as the DJ briefly fades the vocals so the crowd can sing along to their favorite EDM ballads. If this is the vibe you’re looking for, then catching Alesso at Escape this year should be on your list! A good majority of fans are familiar with work by Alesso, including “Heroes,” “Under Control,” “Take My Breath Away,” and “Calling” among others, making for an exciting set along with his new visual designs that impressed fans at festivals earlier this year. Alesso will have you lost in the moment as he plays a mix of popular songs, both classic and current, set to the backdrop of progressive house with pop vibes and anticipation-building drops.  After all, he does have a song called “If I Lose Myself.” What better place to be lost than at an Insomniac event? 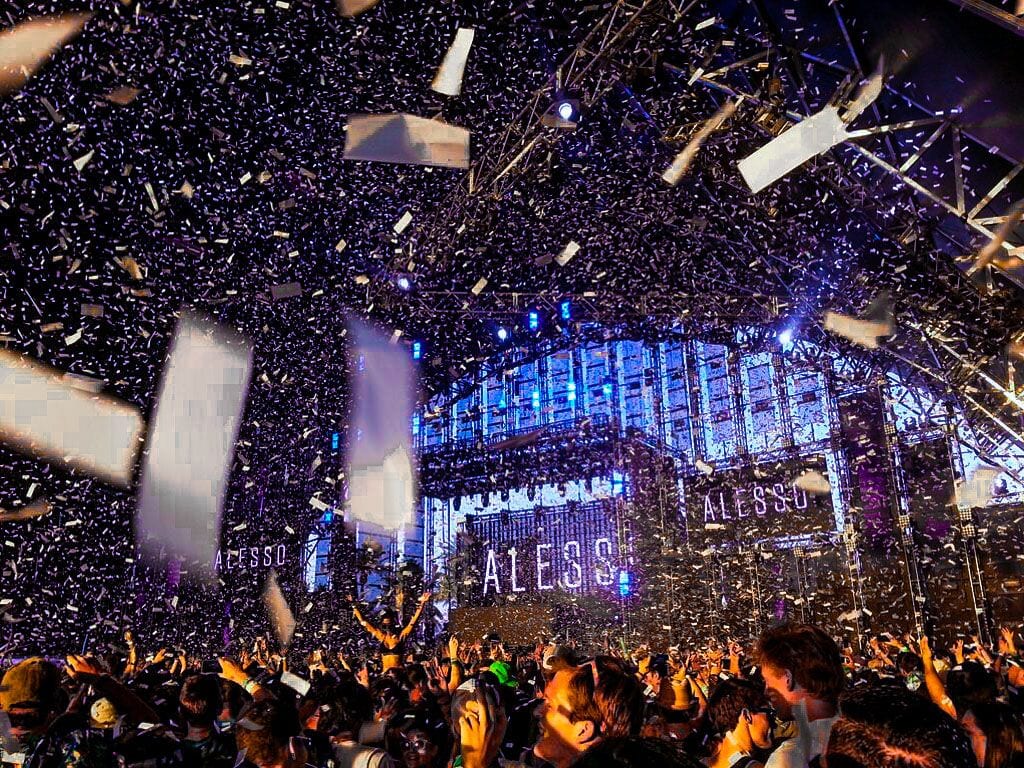 Whenever we think of Timmy Trumpet, one word comes to mind: wild! Timmy Trumpet hails from Australia and like his moniker, he incorporates a heavy use of trumpet in addition to playing the trumpet along to the electronic music that fills the venue. According to DJ Mag, Timmy Trumpet describes his style as “explosive” and we would have to agree, so don’t let the trumpet fool you! He definitely brings a heavy party vibe, often enjoying copious amounts of adult beverages on stage as he gets the crowd dancing. This is another DJ that does not come stateside frequently, and the last show he had was in June at the Chicago-based Concord Music Hall. Don’t miss your chance to catch him at his last festival in the states for the rest of the 2019 year! 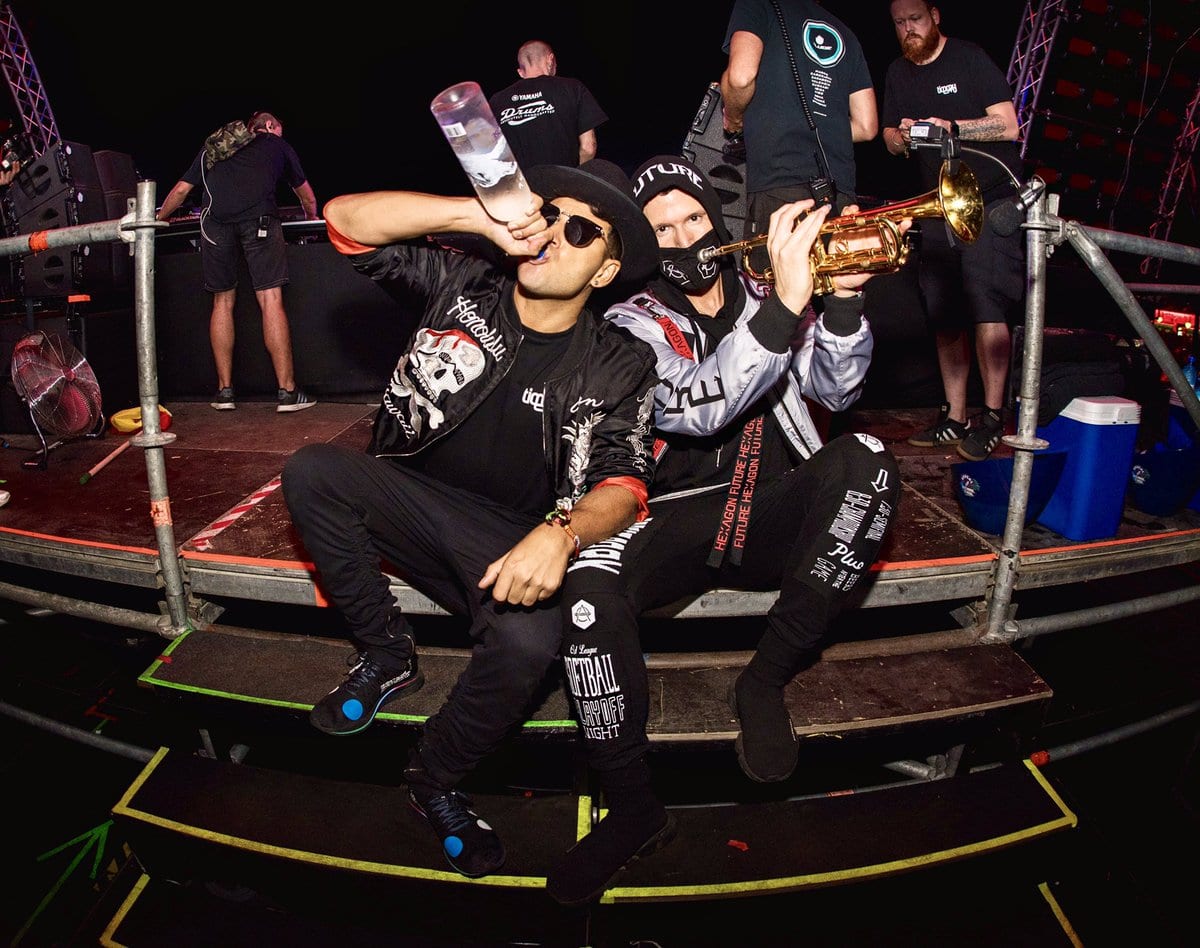 Attention all Hexagonians and house music fans, in the words of Don Diablo: House time is any time, and any time is house! In a big move this year, Don Diablo moved into the top ten of DJs worldwide by scoring the #7 spot on the acclaimed Top 100 by DJ Mag and has been referred to as “Future House’s Founding Father.”  This puts Don Diablo on our list of must-see DJs at Escape this year because at each show, he consistently brings together a combination of various house music styles with a heavy emphasis on dance beats and flows. The last time this talented Dutchman appeared at Escape was in 2017, making this an amazing opportunity to see him at Escape this year if you did not have the opportunity to catch him at Tomorrowland or EDC. Bring your best shuffling shoes, because if Don Diablo excels at anything, it is making you catch an undeniable desire to dance! 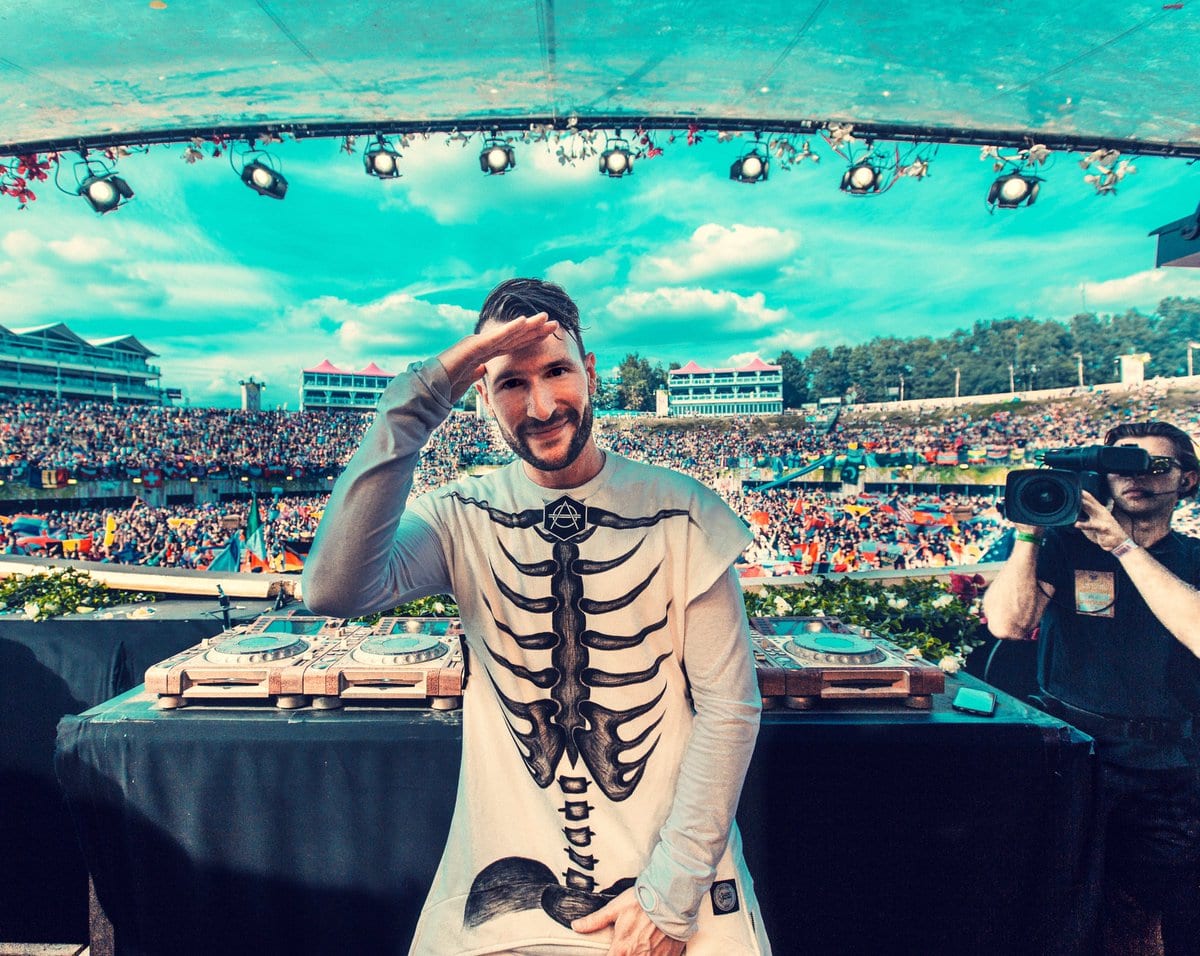 It’s always exciting when festivals bring together DJs as part of b2b collaborations, and this year Escape has brought together Gorgon City and Nora En Pure as part of a special set that showcases the amazing talents of each. With this being a debut exclusively for Escape, it makes sense to put this duo on our set schedule.  Nora En Pure has permeated the DJ scene and made a name for herself as a deep-house DJ known for slow builds and beautifully balanced drops that give off an ethereal vibe as part of the new-school wave of house music. Combining that with Gorgon City’s strong instrumentals, this b2b collaboration is something you will not want to miss. While it is rare for Nora En Pure to participate in b2b, Gorgon City interestingly hinted at a b2b collaboration a few months ago on Twitter that had fans hoping for that dream to become a reality! 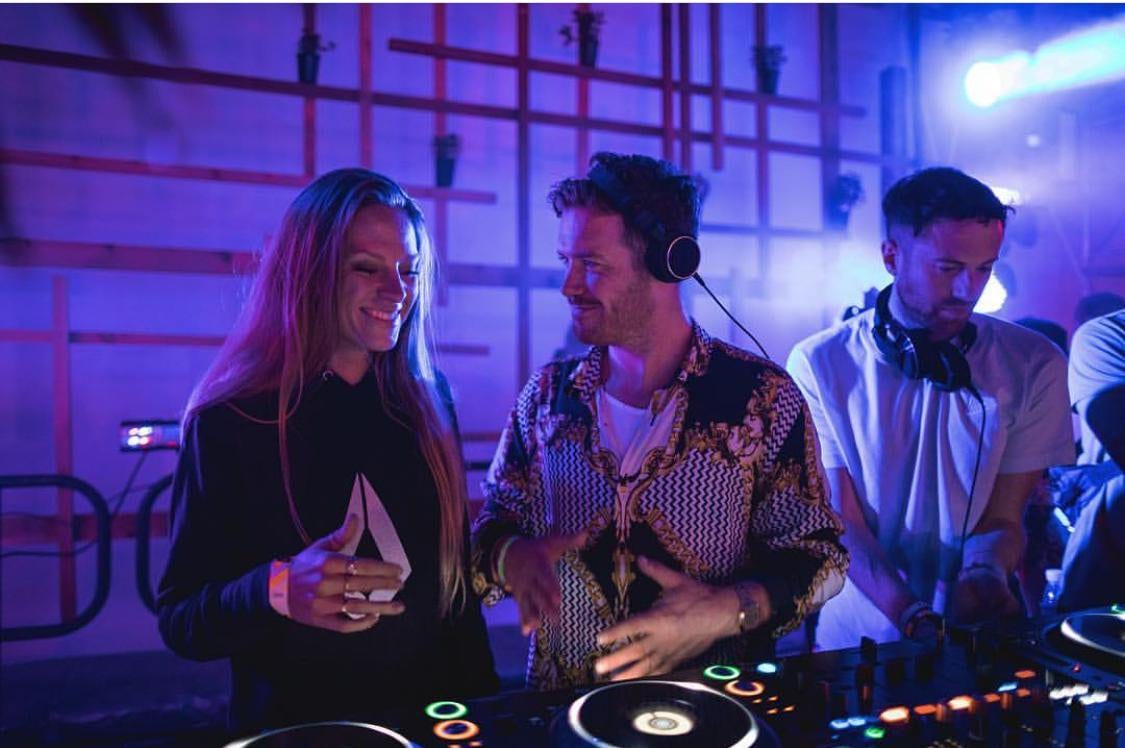 Escape 2019 is an absolutely stacked festival this season so it was definitely a big challenge to narrow down our favorites because there are so many we would love to see. While everyone has different musical tastes, Insomniac does a fantastic job of curating festivals that cater to all types of dance music ranging from hard-style to tropical house. Our very best recommendation of all is to go to Escape, enjoy the vibe, and even check out new artists…you never know who will surprise you!

Racecars and Ravers: A Look Inside the EDM-Filled Formula 1 Grand Prix